I would like to address a problem that has been occurring for awhile now, it is called animal cruelty. Every year millions of animals suffer in connection with domestic violence. Animals are similar to humans, they have emotions and feelings too and we can't neglect them based on our feelings when they did nothing wrong. There are many different cases of animal cruelty including: factory farming, animal abuse, and hunting them as a sport.   Animals are innocent creatures who don't deserve to be treated like this.

The most common act of abusing animals is animal testing. Animal testing is the use of non-human animals in experiments. These tests on animals may include: skin and eye irritation tests, injecting or force feeding animals with harmful substances, exposing animals to radiation, and other harmful tests with cosmetics. Testing on animals is unnecessary. Cosmetic companies have found better ways to test products than using animals as subjects. Some of these ways include using natural ingredients, artificial "skin", synthetic material called Eyetex, computers and cellular tests inside test tubes. Cosmetic companies could use these methods for testing their products instead of harming innocent animals. Some people may believe that animal testing is justified because the animals are being sacrificed to make products safer for us, but the animals' safety, well-being, and quality of life isn't considered.

Animal cruelty is an issue we must fix. American Humane states that "The key to preventing abuse is stronger anti-cruelty laws—laws that empower effective enforcement and include harsh penalties. Serious penalties can inhibit cruelty and with the addition of counseling as a penalty, can stop the incidents from being repeated by offenders." Cruelty to animals can be stopped by advising others how to help if they see an animal being abused. "Now when you see a neglected or abused animal, you can take action. Don’t hesitate, your call could save a life." says American Humane. Helping abused animals can save a life and stop the issue of animal cruelty.

I would appreciate if you would take consideration of stopping this worldwide problem. These innocent animals are suffering and being tortured for our well-being, they need to be saved immediately. 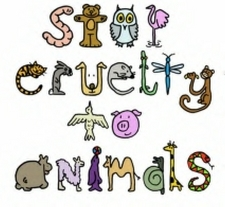 abuse animal abuse
Published on Oct 23, 2016
Report a problem... When should you flag content? If the user is making personal attacks, using profanity or harassing someone, please flag this content as inappropriate. We encourage different opinions, respectfully presented, as an exercise in free speech.
Saline High School

I'm taking a big risk writing this. But ever since I saw the election process it has been haunting me, I couldn't ignore it. How did America become...

Should we choose to kill or should we fill up orphanages?

Organs for transplant are scarce, so why is America making them even scarcer?

We should put forth all efforts to expand into space.

Fossil fuels are a huge problem in our community because they can add to our atmosphere.

Animal Cruelty is a problem that needs to be fixed.