My issue is that there are too many people in foster homes in this country. =I propose that more women abort their pregnancies or put their children up for adoption, if they know they won’t be able to care for them. Too many kids in the world end up depressed, killing themselves, and never having a family or loving home. NO one should live that way!

According to http://www.childrensrights.org/newsroom/fact-sheets/foster-care , there are about 400,000 children living in the foster care system and about 100,00 in need of an adoptive home. Another piece of evidence is from the website , where it says In 2014 over 650,00 kids were in foster care. And http://www2.ed.gov/about/inits/ed/foster-care/index.html says that there are approximately 400,000 children and youth in foster care in 2016. These statistics show that nothing’s changed after 2 years.

These children are less likely to be successful according to https://skywardjourney.wordpress.com/orphan-statistics/. The website states that “ studies have shown that 10% – 15% of these children commit suicide before they reach age eighteen.These studies also show that 60% of the girls become prostitutes and 70% of the boys become hardened criminals .Another study reported that of the 15,000 orphans aging out of state-run institutions every year, 10% committed suicide, 5,000 were unemployed,6,000 were homeless and 3,000 were in prison within three years…” What will do you about this, Mr./Ms. President?

In conclusion, I think people should be more responsible and prevent so many kids from ending up in the foster system. I also think it should be put in the law that you are required to try your hardest to find a great and suitable home for children. I think we should do this because the government isn't doing anything about it so people think that they can get away with it, seriously. No one deserves to live like this ! 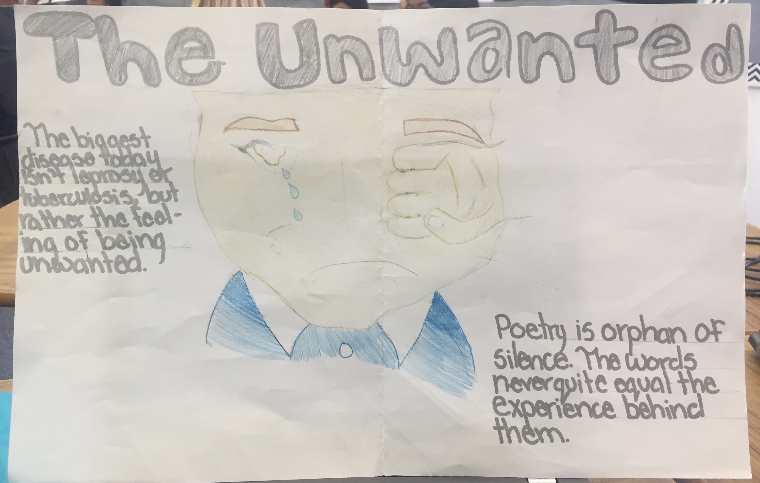 abortion foster care system abuse suicide homelessness
Published on Oct 12, 2016
Report a problem... When should you flag content? If the user is making personal attacks, using profanity or harassing someone, please flag this content as inappropriate. We encourage different opinions, respectfully presented, as an exercise in free speech.
Bernal Intermediate

To serve and protect?

Why education is important and why there should be one on one discussions with teachers and the students.

This is something personal to me

As a high school student who comes from hard-working, undocumented people, I am concerned about the solutions that 2016 candidates running for Pre...

Why Planned Parenthood deserves to be funded by the government.

A look at the abortion issue that creates controversy in our world.

Abortion is a medical procedure that terminates a human pregnancy and results the death of the fetus according to ISideWith.com.