My topic is animal abuse. Animal cruelty is a problem because animals are getting hurt each year due to people abusing and mistreating them for no reason. An animal is abused every 10 seconds. People should take responsibility and not hurt these animals.

Not only do animals get really hurt but people do too, because some people don't like seeing animals get hurt. Humans can also get hurt, because when a person hurts an animal it is more likely for them to hurt a person and cause damage. People hurt animals for no reason and that is not okay. I think that we should take action and do something to stop animal cruelty.

There are already some shelters and rescues that help animals and help them live better lives than before. The first humane society was made in 1824 in London. 3 to 4 million dogs and cats are euthanized each year in shelters. I think that there needs to be more done than just that because we need to help out more and stop this completely. There are animals getting hurt and struggling right now because of how people treat them and what they do to them. Some of the things that are causing animals to suffer are puppy mills, making animals fight, chicken farms and more. Bigger animals are abused too like sheep, horses, and more.

Some people think that there is nothing wrong with puppy mills, but the people who own these mills only own them for the money, they don't take care of the dogs and they are kept in horrible living conditions like small cages that they can barely move around. When a female dog can no longer reproduce the people often kill them. 2.11 million dogs are sold from puppy mills. The food is also really bad and infested. 3 million dogs are killed each year because shelters have no more room to get dogs in. 15 million animals are caged, mistreated, and fed like this. This is just one of the reasons why we should help animals, and not just dogs either. There are also people who keep wild animals like tigers, lions, zebras, and more for the fun of it in their houses when they should be in the wild. Animal abuse started in 1714. That is a long time that animals have been abused and it has not stopped. There is also animals testing which also hurts animals. 1.13 million animals die because of this.

Only some people get caught but not all, and they can abuse several animals and only get fined $20,000 or jail for 1 year and that does not stop them. Some possible solutions are that people who abuse animals get a bigger fine. There can be more groups that help to look for animal abuse in different places. When a person gets an animal look at the background information and ask them questions, and have stricter laws against animal abuse. Animal abuse is a big problem in the country and we need to help the animals get a better life, and stop the people who are abusing them. 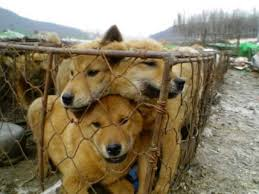 animals animal abuse
Published on Nov 6, 2016
Report a problem... When should you flag content? If the user is making personal attacks, using profanity or harassing someone, please flag this content as inappropriate. We encourage different opinions, respectfully presented, as an exercise in free speech.
Boyden-Hull

Texting while driving is not safe for anybody on the road.

We need to fix this issue!

We have a problem with bullying!

Refugees should be able to make a home in the U.S.

How to down the abortion rate.

This is my opinion on how to stop animal abuse in the united states.

Dear future President, Imagine if someone, inhumanly, clipped the ears and the tail off your dog. Then sent your dog to fight other dogs in a life...