Five seconds is the average time your eyes are off the road while texting. When traveling at 55 miles per hour, that’s enough time to cover the length of a football field blindfolded. The NHTSA said, “A driver who texts while driving spends approximately 10% of their driving out of their lane,” This is a problem through the entire nation. Which means as president, it is time for you to make these texting while driving laws more enforced. When these laws are more enforced in states there will be fewer deaths due to distracted driving. Texting while driving laws should be more enforced because it distracts the driver and puts many lives at risk.

Each state has their own laws on texting/calling while driving. Statistics show that most states do not allow hand-held phone calls while driving. Utah’s law on texting while driving is that everyone is banned from texting while driving, regardless of age. Most phones in this generation have Bluetooth. Cars are now being made to be able to connect your phone to Bluetooth. While this is still dangerous, some say they are able to look at the road in front of them and not constantly look down away from the road, driving blind. Studies show that in 2014, there was 3,179 people killed and 431,000 people injured in motor vehicle crashes involving distracted driving. Recently this summer, I lost a good friend due to distracted driving. This was not very easy for any of his family and friends. Sadly enough, it wasn’t the person in the car that hit him who was texting; it was his mother. Without thinking she pulled out into the road thinking she was clear. Unfortunately she was no,t and my friend was struck on his side, head on.

Why are police not being more strict on texting and calling while driving? Metrowest Daily News said recently that police are losing battle against texting while driving. Drivers have become more sneaky when it comes to texting, by looking down at their phones in their laps so law enforcement can not see what the are doing, which makes accidents even more easy because you are looking away from the road completely. “In New York, some lawmakers proposed equipping police with a device called the Textalyzer. An officer investigating a crash could use it to check the driver's phone for any activity before the wreck. The idea ran into legal objections and has not been put to a vote,” Denise Lavoie said. It has not yet been tested but what it’s suppose to do is once law enforcement approaches an accident. He will ask for the phones of all those in the car. This Textalyzer will operate into the phone and see when the last time the phone was being used as an activity or any other distractions. This will make this law more effective and fewer lives will be lost.

Back in 2013 a news article came out saying that people said it was okay to text while driving as long as drivers look up a couple of times and make sure you are still driving “safe.” Deborah Hersman said, “If you’re driving and have a really important text to send, that’s okay; just try to keep one eye on the road as best you can.” There are other ways to acknowledge texts and phone calls by simply pulling to the side of the road and not putting others in danger of a possible collision. Deborah adds, “After all, you can always steer with your knees or if you really want to be extra careful, text with one hand and hold the wheel with the other. Better yet, just ask the passenger to give you a heads-up whenever there’s a red light or another car up ahead.” This does not only apply to texting. It can also apply to video games, checking your email, watching movies, and digital books. Those who do text while driving are putting other lives at risk, so if you’re ok with texting while driving, are you ok with putting others lives in danger?

Laws are put there for a reason. A simple text message can wait a few minutes until you get to your destination. If it is that important then pull over and text or call them back. Lives should not be taken by a simple glance down at an electronic device. 218 lives have been taken since the beginning of 2016 due to texting while driving. We as a nation need to realize that texting while driving is dangerous no matter what. We all need to stop texting while driving. Texting while driving laws should be more enforced because it distracts the driver and puts many lives at risk. 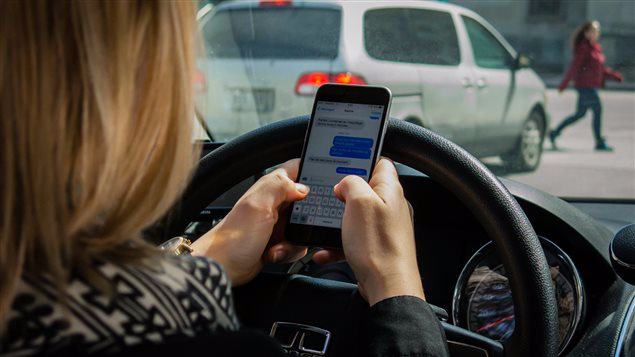 texting while driving laws technology
Published on Oct 14, 2016
Report a problem... When should you flag content? If the user is making personal attacks, using profanity or harassing someone, please flag this content as inappropriate. We encourage different opinions, respectfully presented, as an exercise in free speech.
Spanish Fork High School

Performance enhancing drugs are the lowest low an athlete can go. Do you want to be the person who keeps letting it happen and say "let the cheater...

This letter details the problems with criminal justice system of America and other problems that follow because of it.

Drunk Driving: Too Many Lives Lost

There needs to be more solutions and stricter laws to prevent driving under the influence. People are losing family members unexpectedly. The next ...

Air pollution is slowly becoming a bigger problem and we need to take action before it is to late.

Internet surveillance is an invasion of privacy and a violation of human rights.

A letter that addresses the fight against technology, the war against Generation Z, and the statistics to support a revolution.