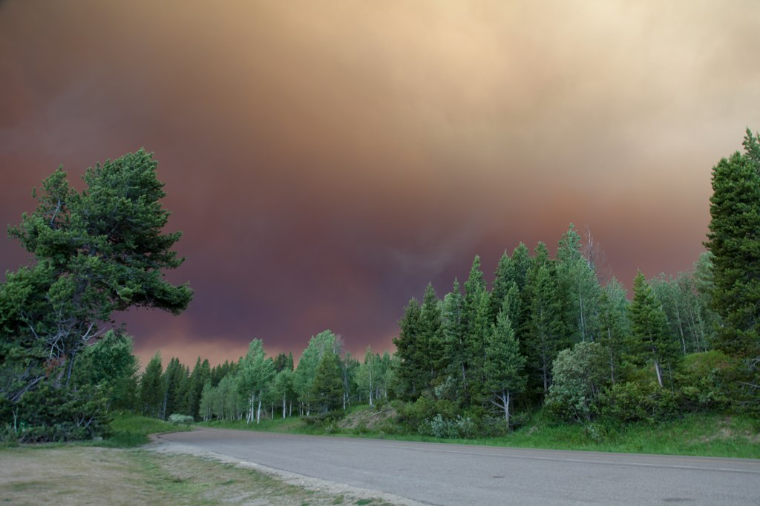 The socio-economic impacts of climate should concern us all.As the climate of the world changes, it will impact us on several levels, the beginnings of which are already being seen right now. We are starting to have the first climate change refugees, mainly people who live on small islands in a rising ocean. We are also seeing climate change beginning to displace people in volatile areas. We have to work together to not only slow down and reverse climate change at a more rapid pace, but also work on the situations that have already arisen along with ones inevitably coming.

California is in the fifth year of a severe drought. Along with this, it brought several fires to California, including the Ken fire and Spring fire, both of which were near the city of San Bernardino. Also, there was Blue Cut fire just this past August, a huge fire burning more than 31 thousands acres, destroying hundreds of homes and causing more 80,000 people to flee the area (Los Angeles Time, 2016). If the California drought, amplified by worsening climate change, continues to cause these devastating fires with more frequency, the huge problem of displaced people will develop. And if not properly funded, staffed, and organized, the problem will compound with others. The biggest issue is making sure the smaller communities, which are more likely to be affected, are not ignored or minimized over the more socially affluent areas.

California is not the only place having droughts. Water scarcity has always been a problem in the world, but climate change has begun to exacerbate the access to water even more. While developed countries have had and will continue to have access to plenty of water, the developing and undeveloped countries suffer worse fates. Areas across Africa not only suffer from physical water scarcity, they also suffer economic water scarcity. As water in developed countries becomes more expensive, clean and safe water, along with any water at all, in these vulnerable regions will become nearly impossible to get for individuals and families. The developed world has not only a moral obligation, but also economic interest in improving access to water. If the region becomes too unstable because of lack of water, there can be no business investment there. And if without investment, developed economic growth will slow and may even reverse. Again though, we will see the common problem of the economically and socially affluent get first say on water. Instead of focusing on those few, we need to focus on all of the people and accommodate their need with equity. We have to have an interest in helping our neighbors in the world, our common home.

Water scarcity only applies to freshwater which is safe and drinkable. The oceans are actually seeing more water coming into their bodies. This causing rising sea levels, and we already starting to see the first climate change refugees. The article Resettling the First American Climate Refugees, by the New York Times (New York Times 2016), discusses how the residents of Isle de Jean Charles in Louisiana will be resettled following a federal grant. This grant is a first of its kind. Being designed as “climate resilience” grant, the $48 million provided will go to help the residents find new homes, new jobs, and make up for losses they experienced from losing their homes and jobs. This is only part of the $1 billion grant given to 13 states helping them adapt to climate change by building stronger dams, levees, and drainage systems.The residents of the island will not be the last climate change refugees either. As sea levels rise, we need to make sure that these domestic refugees are given the economic support they need to move into another place.

We can’t just stand on the sidelines and watch our neighbors of our common home suffer. We need to take action. Climate change, as current reduction goals are set right now, will inevitably worsen. However, that does not mean we just accept that as the status quo. We need to push for more rigorous goals, driving down the speed and also working to reverse the rate at which at planet warms. Just as we hope our neighbor doesn’t set fire to her house, we need make sure we work to prevent the same with ours.

Climate change is not a single black and white answer. However, we have an obligation to work to reverse the process. There are serious socio-economic implications to the issues climate change presents, such a domestic displacement and refugees, along with rising water competitiveness due to its scarcity, along with rising ocean levels. We need to make sure that the less economically affluent are not ignored or neglected for the rich. I hope this reaches you and hopefully you can make a difference.

refugees displacement climate change weather environment
Published on Nov 7, 2016
Report a problem... When should you flag content? If the user is making personal attacks, using profanity or harassing someone, please flag this content as inappropriate. We encourage different opinions, respectfully presented, as an exercise in free speech.
Judge Memorial

This letter is about water pollution. Water pollution is a big deal. The fish could eat the garbage and die. We need to help.