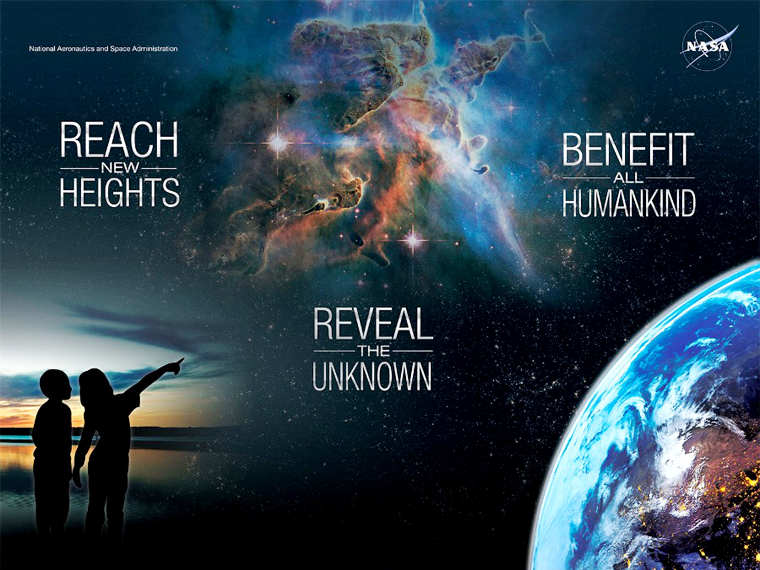 NASA’s portion in the federal budget has been declining for the past fifty years. According to the U.S. Office of Management and Budget, NASA’s funding is only 0.5% of the federal one, significantly less than its percentage of 4.41% in 1966. Many say the government administration is frivolous compared to other pressing matters of state, but this assumption is not true. Increasing NASA’s budget, in fact, would not only boost the economy, but would also fuel innovation and inspire the public.

NASA benefits the nation’s economy more than most would first guess. According to economic analyst Kimberly Amadeo of The Balance, NASA gives $10 to the economy for every dollar invested in it. This high return rate is due to NASA being closely tied to both commercial companies and other government administrations such as the Department of Defense and the National Oceanic and Atmospheric Administration. With these relationships, thousands of jobs are created, lowering unemployment rates and improving the standard of living for many.

NASA propels society forward in other ways as well, one of the most prominent being stimulating innovation. According to NASA’s Spin Off, much of the products made by the administration are widely used today, some of which we cannot live without. Enriched baby formulas, heart defibrillators, long distance communication, and even solar panels have come from NASA’s missions. Studies in robotics have led to the development of artificial limbs, and the Apollo space mission led to fire-resistant reinforcement that would slow building collapse. Increasing NASA’s funding would open the possibility of even more inventions that could not only save our lives, but also revolutionize how we live.

Author Leroy Eimes said “a leader is one who sees more than others see, who sees farther than others see and who sees before others see.” A leader, a president, must do what is best for the country of today and of tomorrow. Given its many benefits, increasing NASA’s funding would support more people and ultimately move American society forward in the science and technology.

In the end, a president’s job is not only to protect the country; it is also to inspire people of all ages. John F. Kennedy did it with the race to the moon, and Ronald Reagan did it with the end of the Cold War. By funding NASA, the idea of going to space can stop being a dream and start becoming reality. A greater love for this nation, a greater sense of hope and motivation, can be created just by discovering more about the universe. With an inspired people, who knows what great things will come forth?

nasa space funding
Published on Nov 2, 2016
Report a problem... When should you flag content? If the user is making personal attacks, using profanity or harassing someone, please flag this content as inappropriate. We encourage different opinions, respectfully presented, as an exercise in free speech.
Newbury Park High School

Guantanamo Bay is unethical and illegal and therefore should be shutdown.

Helping to end rape and campus rape around the United States

What I think about abortion.

Immigration is a huge problem in the US

Fighting Against True Evil: The Need For a Global Crusade Against Climate Change

In politics, it is rare to find an issue that transcends the differences among cultures globally; however, climate change truly is a universal evil...

Mr. President, My name is Sarina Shiflett, i am in high school and i live in northern Virginia. The topic i have decided to discuss is your ch...

We should put forth all efforts to expand into space.

Is planet 9 out there in the Solar System?

How the cuts to school funding affect the average student.