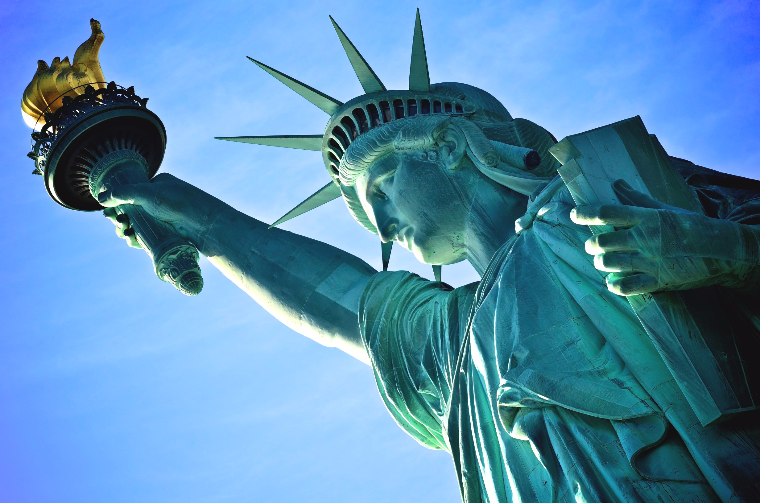 Your job as the leader of the most powerful country in the world is to put your citizens first. Every single one of us should be your priority regardless of our age, ethnicity, race, sexuality, religion, etc. Our views and thoughts determine what you will accomplish in the coming years. We have endured countless amounts of injustice including slavery, segregation, white privilege, racism, terrorism, hate, discrimination, violence, war and many other issues than would be endless. Although our country has gone through the bad, we have also experienced the good which has brought us to where we are now. We now have the chance to be better and we can make our country the best it can be.

One of the most important aspects of America that has built our country to its core is immigration. Centuries ago, the first settlers who step foot onto this land were immigrants. One of the most famous monuments in the US is and continues to be a symbol of immigration; the Statue of Liberty. The opening in 1886, allowed anyone to enter through the “golden doors” of our country, whatever the position they were in. We were willing to bring in anyone. During the 1800s and after the Statue of Liberty was gifted to us, Mexicans, Chinese and Irish immigrants were flooding into the country which eventually drove hate in our country. Although, they were a large asset to our economy, the Americans were not welcoming which made our “golden doors” quite the opposite.

To this day, it is still an issue and has also become a controversial debate that has spread so much hate during the election that now many Americans want immediate change in our immigration policy that does not allow people into the country whatsoever. People claim to say when we are open to immigration it causes more problems, overburdening our schools, health care system, and that we should aid people internationally. But isn’t the United States responsible for these humanitarian and refugee crisis’ around the world that is driving these innocent people to come to US? We claim to say we should aid our people first and then others outside but why is it that we show sudden concern of our own when immigrants want to come in? We are forbidding the sophisticated and extremely intelligent people who will only make our country stronger. Let’s improve on the other major issues of America instead of worrying about letting in immigrants when they are actually a benefit.

As an immigrant for the past sixteen years of my life, and living in a community full of immigrants I have a personal connection. If it wasn’t for the immigration policy of this country my parents would not have been able to take advantage of the amazing opportunities this country has given us. The immigration policy of the United States can become stronger especially after so much impact from this election. Immigration has always been important and should continue to do so.

Another very important aspect of this election that needs to addressed is discrimination whether it is based on religion or appearance. As a Muslim, I among many others are afraid of continuing to be living in this country more than we have ever been. We do not feel safe and it is because of the hate that has risen tremendously in the past months and since the terrorist attacks of September 11, 2001. People claim that we are terrorists. It is all about how being a terrorist has entirely to do with Muslims and Islam, how our religion teaches and represents violence when, it only promotes peace. This gives you another reason to improve many aspects of our society so no one feels unsafe in this country, so people can live freely.

There may be more bad than good, but there are always methods to rise up and overcome the bad in these chaotic situations. If you bring us all together once again to stand together for the greater good against these difficulties, we can create a better America.

immigration discrimination religion terrorism
Published on Nov 6, 2016
Report a problem... When should you flag content? If the user is making personal attacks, using profanity or harassing someone, please flag this content as inappropriate. We encourage different opinions, respectfully presented, as an exercise in free speech.
Science Leadership Academy @ Center City

Homicides by guns in Philadelphia

My letter is about how through history, immigration has been similar, but it has progressed slightly since then.

The Ethics of Immigration

Do we choose economics or ethics?

Dear Next President, Imagine if you were an immigrant and have to deal with the rude comments people are saying about you. Many immigrants have is...

My thoughts on police brutality

A letter by Roy Acevedo

I believe that immigration is a big racism problem in america.

This letter is about why our next president should allow immigration.

Once upon a time, weren't we immigrants too?