I implore you to repeal the caps placed on immigrants allowed inside the country's borders for permanent residence. The Immigration and Naturalization Act (INA), which manages immigration policy, places the annual limit to 675,000 immigrants allowed inside the nation. This act focuses on the discrimination of immigrants who are unlawful, immoral, diseased, and politically radical. In addition, certain criteria is used to determine who is admitted into America including family, working skill that benefits the United States, protection of refugees, and promotion of diversity. Although the Immigration and Naturalization Act has been amended many times over, it is still the foundation of current immigration laws.

Under your nose, Mr. President, today’s government abuses the INA, by limiting the number of immigrants in the United States for personal motives rather than the health and safety of the everyday American. It is not unusual for Americans to discriminate upon race, ethnicity, and religion. People in America even go as far as blaming the country’s problems on the murderers and the rapists who illegally cross the border from Mexico. When in reality, we just feel threatened by their capabilities in the workforce so much so that we think we need to ostracize them in order to keep them from “stealing” all of the jobs that we, as Americans, feel entitled to have.

Perhaps, Americans should think about the well-beings of others for once, especially the refugees and asylees who flee their homeland with the inability to return. The United States only allows 70,000 refugees and asylees within its borders every year. I believe that America, a nation founded on the principles of liberty and justice for all, should not put a number on the amount of people we permit inside this country. As a citizen of the United States, I cannot stand by and watch while people are turned away because someone else was deemed a better candidate to cross the border. I believe immigration should be free flowing in the sense that anyone should be able to come and go as they please. America, the beautiful, was created for everyone, not just its entitled citizens. America, supposedly the home of the brave, fears what it does not know or understand.

In conclusion, Mr. President, crush America's prejudice and fear of immigrants, restore bravery to the American people and let everyone who wishes to be a part of our society feel our nation's pride. Unscrew the caps put on immigration or at least increase the number of those permitted to enter our borders, and if you can, please do away with bigoted restrictions on immigrants. They have just as much a right to live in America as we do because once upon a time weren't we immigrants too?

A special thanks to the following sources: 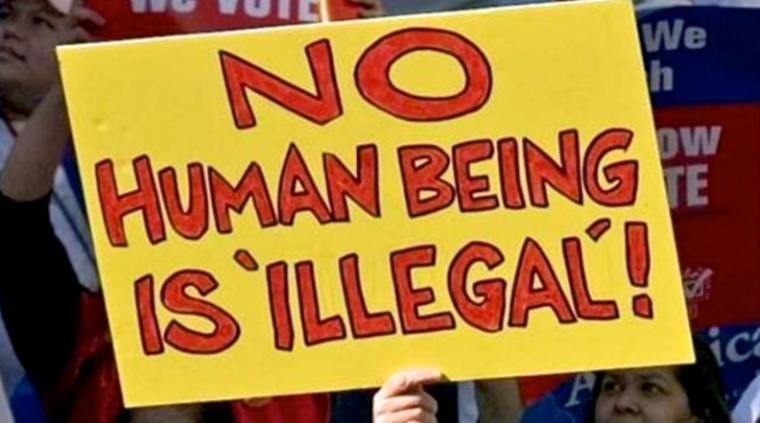 diversity discrimination refugees immigration
Published on Oct 28, 2016
Report a problem... When should you flag content? If the user is making personal attacks, using profanity or harassing someone, please flag this content as inappropriate. We encourage different opinions, respectfully presented, as an exercise in free speech.
St. Joseph's Academy

For the superstars in my 8th hour.

Due to an increase in college tuition prices, it has become increasingly difficult for high school students to attend college although a higher lev...

This letter focuses on the problems in the US Foster Care System.

Mental health is a serious condition, but is commonly overlooked by American society and public officials. It is the responsibility of the next pre...

The topic that I feel most strongly about is the treatment of parents of newborn children.

In one of the world's wealthiest countries, poverty is extremely prevalent

Suggestions for dealing with the Black Lives Matter movement.

College is too pricey

College tuition is very expensive and many people don't have the money.

Home Is A Safe Place

Steps should be taken to make America safe again

The Cost of Opportunity

In today's society, a college education is a requirement for most jobs; however, the inflation of college tuition has created a massive financial b...

My outlook on the Black Lives Matter movement

Thank you for the opportunity to write you! In my ELD class we were asked to choose something that we would like changed in our country and that...