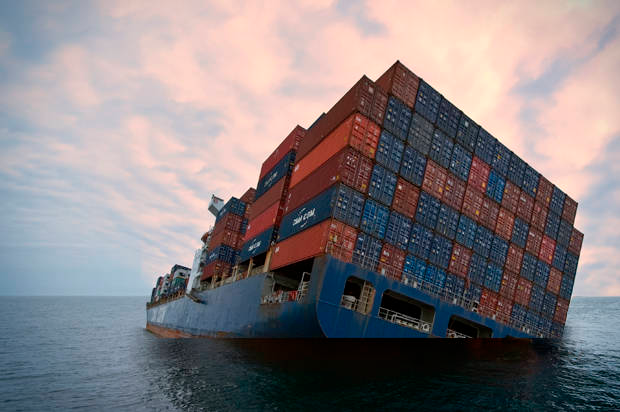 As you begin your term in January, many pressing issues and minor crises will come across your desk but I ask you to take a step back and address a larger problem. The world is becoming more and more interdependent and national borders are slowly becoming irrelevant. In the near future our economic ties may make terms like “National GDP” and “American Economic Policy” utterly obsolete. My question to you is, what is your plan to protect Americans from the dangers inherent to the global economic system?

What sorts of dangers threaten America’s economy? The world is full of international corporate conglomerates with the potential to single-handedly disrupt the global economy. South Korea’s largest shipping company, Hanjin, filed for bankruptcy in early September. The effects of this move have been felt all over the world. Hanjin’s ships are not docking in ports but instead sitting outside of them. According to Lars Jensen, chief executive of Sea Intelligence Consulting in Copenhagen, 540,000 shipping containers worth of goods are trapped on ships stalling the global economic system. These vessels use up valuable space and resources, halt the movement of millions of dollars worth of goods and disrupt the international trade that America depends on.

But giant corporations are not the only threat to the America’s economy. As the world becomes more connected and Ideas spread more rapidly political strife is guaranteed to spread with it. Today we see this most vividly China where an economically empowered population is now challenging its government. Protests lead by activist Joshua Wong are in the processes of spreading democracy to the east but as a cost to the west. Protests in China’s largest cities grind exportation to a halt and harm America. According to the Bureau of Labor Statistics, as of 2014, 80% of American Jobs are in service industries. America is not the manufacturing power that it was just after the second world war. If we do not produce our goods where do we get them from? According to the U.S. Census Bureau Americans import over 191 billion dollars in goods from china. With political uprisings in china, and across the world, lowering their production, what measures will you put in place to protect us from this potential economic disaster?

This issue is important to me because I have seen a country under the at the of the global economy. My family came to America from the country of Uganda in east Africa. Today my ancestral home is racked by economic impotence, India owns her manufacturing, Kenya has displaced her labor force, and China owns her Capitol Building. Even a sneeze from one of these countries would send Uganda into a tail spin. This is no excuse for xenophobia but America must not be put into a position where foreign powers have the potential gut her economy.

As president your attention is dominated by many small short-term crises but I implore you to look into these long-term economic disasters that loom on the horizon. America’s economy, and that of the world, rests in the balance.

global trade freedom economy international affairs american issues
Published on Sep 21, 2016
Report a problem... When should you flag content? If the user is making personal attacks, using profanity or harassing someone, please flag this content as inappropriate. We encourage different opinions, respectfully presented, as an exercise in free speech.
San Marino High School

There should be a limit to how much immigrants are admitted in the U.S. each year.

Every year 1 million animals die in connection with domestic violence. Are you just going to let this happen or are you going to do something about...

The Solution to our Hurting Economy

The Dakota Access Pipeline is a beneficial project to this country, and it should be allowed to finish and operate.