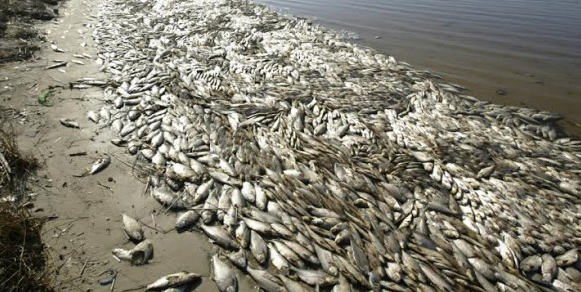 My name is Chris Cotter and I am a senior at San Marino High School located in Southern California and I believe there is much needed regulation from farmers dumping their waste that is creating dead zones in our oceans that are irreversible. Farmers are dumping their fertilizers and manure into streams which in the end pollutes the oceans. What happens is the fertilizer and other wastes make algae grow in an incredible way. Then once all this new algae die bacteria eat it and take away all the oxygen and release toxins. Once this happens all the other aquatic animals die and now that part of the ocean becomes a dead zone. Almost forever these areas will no longer be able to sustain life and be a waste of our oceans which cover 71% of our Earth.

I learned about this topic in my Marine Biology class this year and it really struck me. I wondered why something that is completely decimating our oceans is being allowed. Also as a sponsored surfer and overall lover of the ocean it was something that really made me want this issue to be stopped. My whole life has been surrounded by the ocean and I have grown to love and care for the ocean and knowing that as of this moment our oceans are being slowly destroyed, disgusts me. The ocean is one of the most important things on our planet from medical uses to aquatic animals, from shipping, to food, from impacting the weather and temperature, to producing half the oxygen in the atmosphere, and absorbing carbon from the atmosphere. The ocean is a vital object in all of our lives even if we think it or not and we are rapidly destroying it.

So my plead to you is that you make a speech prompting America to change and to start to regulate the terrible things that are happening to our oceans. America must know what farmers are doing and the things that they are creating which are dead zones. I understand creating policies and regulations takes a long time to enact and is a slow process, however the first step is to spread awareness about ocean dead zones to our fellow citizens. If we fail to stop these dead zones from happening it can have dire consequences on our ecosystems and our livelihoods as some of the densest cities per capita and GDP per capita live along the coasts in our fine nation of the United States of America. Farmers shouldn’t be able to dump their fertilizer in streams because these lead to oceans, and this should be equivalent to “no dumping in gutters”. This is not a new topic and many people have tried to spread awareness, yet the majority of the United States has no idea dead zones in oceans exist. That is why I implore you next President to consider a speech about how harmful farmer practices are currently and what we should change about them to prevent dead zones occurring in our beautiful oceans.

environment
Published on Oct 3, 2016
Report a problem... When should you flag content? If the user is making personal attacks, using profanity or harassing someone, please flag this content as inappropriate. We encourage different opinions, respectfully presented, as an exercise in free speech.
San Marino High School

Animal abuse is a very bad thing and needs to be stopped. People aren’t doing enough and it needs to be changed.

Climate change has both local and global impacts, and it's only getting worse. We hope the next President will lead the way on climate change and e...

The Ugly Truth About Climate Change

Dear Future President, I am well aware, that the topic of climate change has not been honored as an important issue concerning the American peo...

The greenhouse gas effect is affecting living things all over the world.