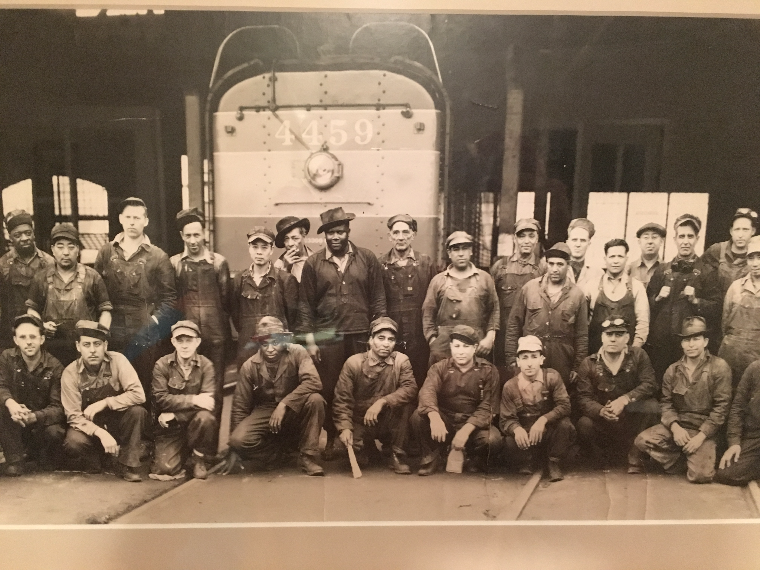 My name is Ruben Garcia and I go to the privileged San Marino High School in San Marino, California. I am able to be here due to the courageous efforts of my ancestors. Therefore, I advise you to not build the wall that would block out our Mexican counterparts.

All four of my grandparents were Mexican immigrants. However, my paternal grandfather has the greatest story. He came from Mexico just a few days after he turned eighteen. The year was 1922. He found his way into the suburbs of Los Angeles and landed a job working manual labor on the railroad. Complications arose when he was drafted to the military shortly before the start of World War II. He was nervously close to being deployed, but did not end up having to leave. Fortunately, this was how he earned his citizenship.

He hardly made any money working for the railroad but he was able to provide for my father after opening up a restaurant and jewelry store. He then worked hard to develop the area of Mount Washington. He built several houses and raised my dad in one of them while he rented out the others. My sister lives in one of them currently.

While my grandfather was working to provide for his family, my dad was enrolled in school and assimilated well with the American kids. He found his way through high school and was able to be the first one in his family to pursue a higher education. He earned his college degree and after years of extremely hard work, here he is in San Marino. He made it.

Although there are many topics of discussion that are relevant to the next decade, this is the one that understandably sticks out to me the most. The United States of America has always been an accepting society, however, our country has increasingly become less open to immigrants that are simply looking for a safe place to raise their families and expand their careers.

There is a misconception that the immigrants will have a negative impact on the native population because we think they are coming to steal our jobs and take our money, but that really is not the case at all. In fact, the opposite is the truth. Immigration to the United States actually increases the job-prospects of native born Americans. Immigrants make businesses more profitable by spending money in the country. Furthermore, they are more entrepreneurial. This means that they are creating their own jobs rather than taking ours. As mentioned before, my grandfather opened up all of his own businesses.

Another common argument states that increased immigration will drive down wages for low-skilled, native born Americans. This was proven false. Between 1990 and 2006, immigration to the U.S. actually drove up wages for native-born Americans without high school diplomas. The increase was between .6 and 1.7 percent. It was by no means a large increase, but it successfully proved wrong that immigrants do not drive down wages.

Immigrants come here because there are opportunities for all and everyone is equal. They should not be oppressed and should be treated as if they are just like one of us. Some Americans today believe that they diminish our culture; I think this is absolutely preposterous. Diversity is what this country is all about, so by not letting them into our country, we are actually going against what we stand for. We are stronger when we are all unified, therefore there is no reason to deny the ones that wish to side with us.

immigration
Published on Oct 3, 2016
Report a problem... When should you flag content? If the user is making personal attacks, using profanity or harassing someone, please flag this content as inappropriate. We encourage different opinions, respectfully presented, as an exercise in free speech.
San Marino High School

Before it is too late, you must save our oceans and stop the damage that's taking place

Taxes are necessary for our social safety net

What would happen if immigrants were to be deported.

some people don`t deserve to be deported?

Immigrants should be respected, while the criminals should be deported.

The Syrian refugee crisis isn't something to joke about- the refugees are just going to keep coming. Will your presidency make the change?