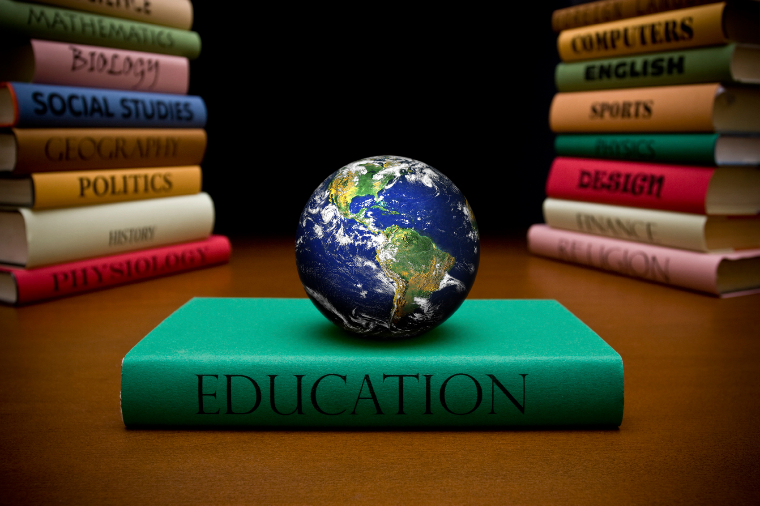 As important as the issue of this year's election, the threat of pollution, and the debate on abortion may be, the most underrated issue is, by far, that of the American Education System. My name is Sophia and I attend San Marino High School. Like most kids my age, on Monday through Friday, from the hours of 8:00 AM to 3:00 PM, I have been in a cycle of complete boredom and contempt. For several decades, school has been something children have to endure. This poses the question, "why?". Why is education, the most valuable way to make a difference in the world, the worst part of an adolescent's day? Because we as a nation have not, yet, come to realize that freedom and curiosity is more important than a test score.

Students need to be taught how to ask the right questions, not how to repeat the answers. Student's aren't interested in facts - facts are boring. Our curriculum should be centered around questions and discussion. That is the most helpful and interesting way of learning because there is no telling which way the conversation, and hopefully debate, will go. Students should be encouraged to discuss, not forced to sit quietly and copy down information that will be forgotten by the end of the day. There needs to be an introduction to new and absurd ideas and methods. The learning opportunity lies within the willingness and freedom to participate. There are too many students afraid to put their ideas out. Isn't it strange that such an essential life skill, such as being able to connect the audience with your ideas, is a skill rarely practiced in education? Too many kids struggle with anxiety when they are called upon to speak in front of the classroom. The fear and uncertainty is visible in the eyes of unprepared adolescents. At least we know how to fill out a scantron test, right?

Once students have reached 11th grade, they have come to the realization that the best way to make it through high school is to keep their head down in class and try not to attract too much attention. They have also realized that the only reason to study for tedious high school exams is to be able to move out of this town and on to a university. And when the time comes, most people only decide to go to a university because they have been told that college is the way to get a comfortable job. They are told this is the path to take so that you never have to worry. When did the fire burn out? What happened to the passion? College is usually the time when one will find their passion, but imagine what could be accomplished if the imagination we have as children was nurtured all throughout our school years. Maybe people would realize that as long as the children retain a curiosity for learning and an imagination for innovating, we will be better off tomorrow than we are today.

If everybody learns in a different way and at a different pace, why are we being taught in an outdated, monotonous manner? Our current curriculum is based on standardized testing and classwork. If we want to prepare the kids for an interesting future, we should base the curriculum on creative assignments because this is where individuals can put their own, unique spin on things. This is where students can learn from other students and connect through their ideas and creativity. But creativity does not exist in an environment where there is no curiosity.

The American Education System, right now, can be described as a train dragging it's cargo on the tracks. No matter how fast the train goes, the cargo will always be behind, because it's being dragged. If we put the cargo inside the train, the ride is smooth and things will naturally move faster, because the train isn't pulling the weight behind it. In this metaphor, the American Education System is the train and the students are the cargo. I can't believe we haven't figured out how to put the cargo inside the train.

I am now a high school senior and junior year was the first time I had a teacher, named Mr. Ford, that made me fascinated by U.S. History, a subject I previously thought to be dull and pointless. This class was based on creative thinking and discussing why historical events had such an impact on today's society. Mr. Ford gave the subject depth. This was the first time, since I was 6 years old, that I had been consumed by a curiosity to learn. If there was ever a way to describe the feeling, I would say that it feels like I'm falling down the rabbit hole and I'll never stop falling. But at the same time I'm floating so high that the galaxy in which we live seems miniscule. It's an absorbing and fulfilling sentiment. And one I wouldn't trade for all the knowledge in the world. My perception of education was altered because in my U.S. History class school was not something to endure, it was a place to grow. This curiosity has not only lead to an interest in academia, but also to an interest in myself. Since I have gained an interest in reading books of all different subjects, I have also learned so much about myself and about the things that are truly important to me. Reading has opened up my mind immensely. It has taught me the mind-boggling limitlessness of life, and made me aware of the silhouette of illusion previously conceived as reality.

I wish every student had the opportunity to share this experience, because this second introduction to curiosity was a personal renaissance. Everybody knows that education is important, but many forget that education isn't a test score. It is how we value long-lasting knowledge and creativity, in preparation for world-changing innovation and crises. I hope you will consider speaking out on behalf of America's children, because we are the future, and we are not prepared for it.

education
Published on Oct 3, 2016
Report a problem... When should you flag content? If the user is making personal attacks, using profanity or harassing someone, please flag this content as inappropriate. We encourage different opinions, respectfully presented, as an exercise in free speech.
San Marino High School

Domestic violence is not something to take lightly. Children all around the world are constantly watching their parents harm each other, we need to...

As president, there are many problems that the United States is facing that you must work toward ending, such as immigration and terrorism.

letter to the next president

High School Education is NOT Free

My letter is to inform you that in small town northeast Iowa high school education is not free.