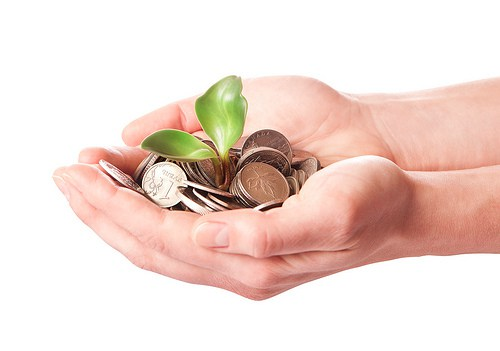 Congratulations on reaching the highest peak of your political career. As president you have achieved the dreams and aspiration I and various other Americans so dearly dream about. You are now the face of our nation, and the commander in chief of the greatest military this world has ever seen. However, you have the title president of the United States, but what are you gonna do with it?

Will you be president for wall street and major companies, or will you be a president for the people such as previous presidents as FDR, Obama, or Jefferson. I challenge you to be companionate to the people and put the people’s interest and needs before money. The capitalist hands of America has begun to hurt our homeland. I plead to you to think about the poor and not just the rich in this country. It is time we start investing our money more towards the people of the United States of America and not giant companies.

Money is a gatekeeper of opportunity and that’s why it is crucial to invest money towards people. It is time for every American to earn a living wage. It is not correct for a father or mother to work two jobs and still not be able to have enough money for food or rent. Speaking from experience, my father is 52 years old and is working in the hot southern California sun landscaping. He works eight hours six days a week in the hot burning sun for 80 dollars. That is not enough for a family to live on.

Money has brought various issue in my house and now even more that I am attending college now, but you Mr or Mrs president have the power to change this. By my father working tremendously hard each day rarely does he have time for family. He is so busy working because he has to. As a result, hardly does my family take a stroll through the parks or enjoy a Saturday afternoon. Oddly enough, I’m not saying this because it’s just an issue for my father, but it’s an issue that millions of Americans encounter. It is ironic how universities expect families to contribute towards their child’s tuition when the cost of college is the same amount of money my father makes in a full year.

The lack of money distributed closes doors for many Americans, such as college. The romanticized American dream is harder than ever to achieve with student debt increasing every year for college students. Unfortunately, money has been preventing students from attending college. As a result, the percent of Americans with a college degree is decreasing at a rapid rate. As a result, America is separated now more than ever. The rich keep on getting richer, while the poor keep getting even poorer. The middle class is diminishing in size, and most Americans drop to become poor.

Additionally, money limits the opportunities of where to live. As a result, this creates a form division in our country. Although, segregation in our country was expunged during the civil rights movement, we still suffer a form of division in our country which causes various issues. Consequently, society is now divided into three classes. Eventually we will only have two: rich and poor. We are still very far from unity in this country and greatly by the areas we live in. As illustrated in the geographic of Los Angeles. For example, in the San Fernando valley there are areas where African Americans live, Hispanics and whites live. This separation does not allow us to be connected. Therefore, we only have judgment of how their culture or ideas are and never do we truly understand them. However, it is not due to skin color but by income.

Yes, it is possible that a Black or Hispanic person to live in a predominantly white area, but a dividing factor now is money. As a result, we have communities that are majority white and other communities that are majority of minorities. This division has caused some issues that lead to prejudice ideology. Communities look down upon another and view a certain community as dirty and dangerous because of the people living in it. The fact that we still have areas that are so called “white” is a prejudice ideology on its own, but we can change this together, future president. However, it is crucial for this country that you bring opportunity to millions of Americans and most importantly make the United States of America united.

Education Costs money income inequality family job market
Published on Sep 18, 2016
Report a problem... When should you flag content? If the user is making personal attacks, using profanity or harassing someone, please flag this content as inappropriate. We encourage different opinions, respectfully presented, as an exercise in free speech.
CSU Chico

As part of the Educational Opportunity Program’s (EOP) Summer Bridge, students from Chico State participated in Letters to the Next President, an initiative from Educator Innovator, The National Writing Project, and KQED. Incoming freshman share their insights with the next president.

Immigrants have sacrificed for freedom

#2NextPrez: Letters to the Next President

As part of the Educational Opportunity Program's (EOP) Summer Bridge at Chico State, incoming freshman share their insights with the next president.

Take a Stand on Terrorism

Terrorism is a major threat that must be addressed.

A letter from a sister of an autistic adult urging the next President to address the lack of quality care and support for millions of developmental...

The price of college tuition compared to the average income is insane to see and needs to be changed.