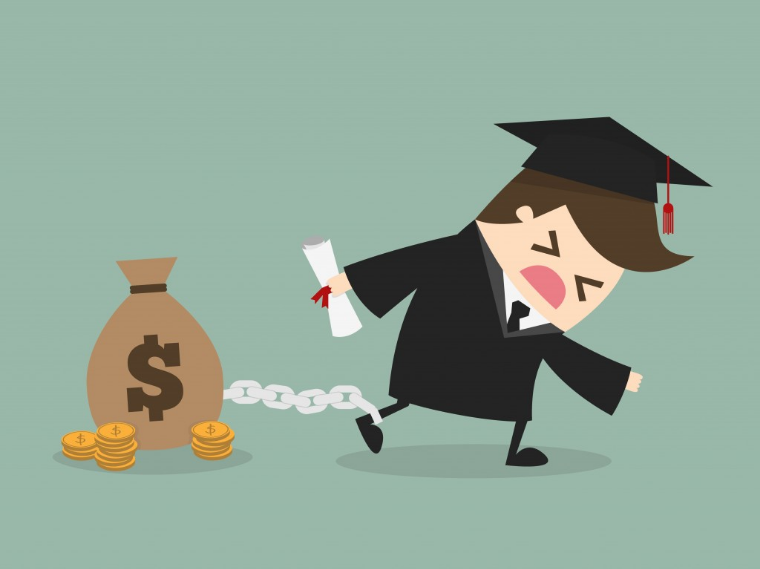 As a young student planning to attend a top college or university, I have some major concerns. Lately, I’ve been witnessing a lot through the news that debt is a major issue in our country. A big part of the issue is student debt. It’s absolutely unbelievable how much debt current and former students and graduates are swimming through. I strongly urge you to focus on student debt and help out those who are struggling in it.

According to Student Loan Hero (a website to assist those who are deeply struggling in debt), Americans owe nearly $1.3 trillion in student loan debt, spread out among about 43 million borrowers. It’s unbelievable how large the debt is and how unnoticed it is to many. This form of debt is second to mortgage (according to lendedu.com). The cost of education has increased by 500% since 1985, where the cost of a 10,000 USD education before is now worth 50,000 USD. To have an associate’s degree, it’s expected to cost you 25,00 to 33,000 USD.

For a first world country to be known as the land of hopes and opportunities, it’s laughable how expensive education is. Many jobs require at least a high school diploma and something as basic as an AA degree. It shouldn’t be so expensive to have something as necessary as education, especially when other countries have a way lower cost of education, and even some countries like Germany and Greece have higher education offered publicly and funded by the public and government.

I strongly believe that we shouldn’t penalize those in debt and we should lower the cost of education. It isn’t right to be treating education as a luxury in a country so advanced and developed.  We basically become a hypocrites. I do hope we see this change in the near future and have the student debts lowered so our opportunities in the workforce and careers are brighter and stronger.

student debt education Education Costs
Published on Oct 14, 2016
Report a problem... When should you flag content? If the user is making personal attacks, using profanity or harassing someone, please flag this content as inappropriate. We encourage different opinions, respectfully presented, as an exercise in free speech.
Grand Arts High School

Our letterZ to da PreZ

Change within the Education System

How would you feel about a series of events causing the Education System to be messed up, and still occurring to this moment?

Creativity should be used for the mending of problems both national and international.

I believe that America should take time to analyze the majority of reasons for immigration, illegal or otherwise, and understand the circumstances...

We are all immigrants

Claim : When you finish reading this letter you WILL be convinced that illegal immigration is great for our country.

Should the government fund higher education?

If the cost keeps rising then college will become inaccessible to most students.

Fun Little Facts About You, and Our Education

This is an average L.A. high school student's point of view on our current education system.

I think that the president should let illegal immigrants become U.S citizens.

Allowing women into combat is something we need to achieve to get closer to equality between the genders.

Immigrants should be allowed to live in a place where many of us call it home.

I feel that college should be free for all people. Everyone should have the opportunity to go to college.

Letters 2 the Next President

About what our next president should deal with

I feel every 4-year-old in the state of Minnesota should be given the oportunity to recieve a free pre-k education.

More should be done to make tuition affordable.