I wrote this letter to address a common issue through today’s society. That issue is equality. Not everybody is equal, and I believe everybody should be. I will talk about the most controversial topics within equality. These seem to be the most effective to today's society.

I would like to start off with people of the opposite gender. It has become a well-known issue when talking about inequality. Women are not equal to men, they have never been equal to men, and they may never be equal to men. Women are virtually equal to men. According to marieclaire.com, women get 16% less money than males do. ¨Although the pay gap is narrowing, women in the U.S. working full- and part-time make 84% of what their male counterparts earn, according to the Pew Research Center. Women need to work an extra 40 days a year to make as much as men. ¨ Schools have changed their dress code. The dress code is way different for girls than boys. Instead of teaching girls not to wear certain clothes, teach boys not to be distracted. This is school, we do not need to be pulled out of class for our clothes being ¨too revealing¨. We should be more focused on our education.

Next I would like to talk about race. In the past, race has been an issue with being equal and gender. South African girls as young as 14 protest to wear their natural hair because their formerly whites-only school banned hairstyles such as cornrows and afros. People compared them to monkeys and have told them they should go to all-black schools. (huffingtonpost.com)

Finally, I would like to talk about disabilities. Many schools discriminate kids who are disabled from more activities than anything. It is harder for a disabled person to get a job. This could also be because of discrimination. “A school finds out that a pupil has been diagnosed as autistic and immediately excludes him from the school play as they suspect he will ‘not be able to cope’. This is likely to be unlawful direct disability discrimination.” (Equality Human Rights.) 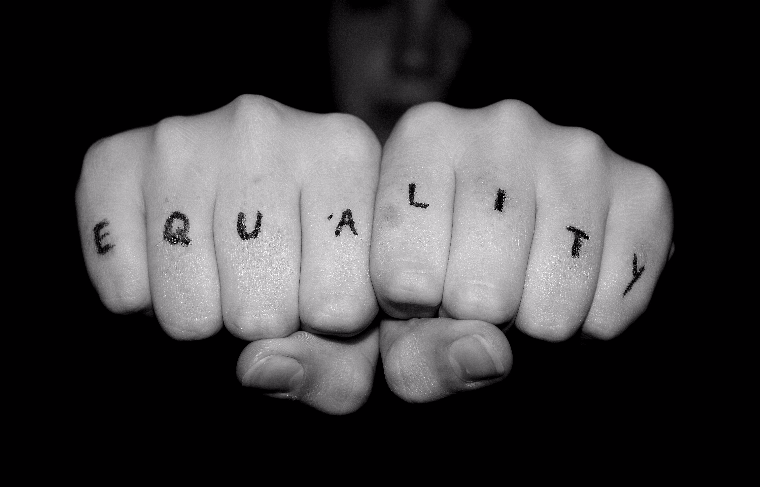 lgbtq rights gender equality equality
Published on Nov 4, 2016
Report a problem... When should you flag content? If the user is making personal attacks, using profanity or harassing someone, please flag this content as inappropriate. We encourage different opinions, respectfully presented, as an exercise in free speech.
Portland Middle School

These letters show what students are passionate about in our society, and they are speaking out about them to make a difference!

Fear is surrounding this country all because there is easy access to one four letter word, GUNS.

Everyday Isis continues to cause destruction and kill innocent people in and out their country. And everyday Isis is recruiting more and more ...