Letters to The Present

Factory Farming should be Banned!

I would like to talk to you about how royally messed up our farming and agriculture system is. Specifically the breeding and raising of cows. Right now the system is extremely messed up and it needs to be fixed. The raising of cows and pigs in small tight spaces is causing many  environmental and  health problems, as well as being extremely inhumane to the animals.

The problems with the actual farming is that farms can create health problems because the animals are overcrowded and that's stressful to animals, making it easy for disease to spread. They stand in manure all day, making it so easy for bacteria to spread like at a McDonald's play-land. Also factory workers regular give antibiotics to animals, even if they're not sick. These chemicals stay in the meat and after humans consume them, antibiotics we now take are less effective as a result. Not to mention that scientists have linked factory farming to cancer.

Secondly we need to address how bad for the environment it is. The animals on factory farms produce tremendous amounts of manure. The livestock on the largest factory farm produced 369 million tons of manure, almost 13 times more manure than the 312 million people in the United States put together. This 13.8 billion cubic feet of manure is enough to fill the Dallas Cowboys stadium 133 times. Where does all this poop go? Well it either sits under the animals for the rest of their lives, or is carried off to oceans rivers and various bodies of water where bacteria spreads, causing fish and wildlife to die. But the poop can be used. It's a great fertilizer.  Better methods of recycling animal waste must become a priority for the agricultural industry

Lastly, Most animals do not see the light of day, cannot walk around and are in cages only slightly bigger than themselves. They stand in filth all day and get sick very easily. It's just terrible how these animals are treated and how they live. They say a picture is worth a thousand words. The picture at the bottom of the page is an excellent example of animal cruelty.

However there is a solution and it is very simple and very easy. Just go back to the way nature intended farming to be. Go back to natural production methods, when food tasted better.  When pe cancer and other sickness rates were lower. Ban this awful terrible inhuman type of animal raising. Its simple, ban factory farming, even though big bad businesses might whine and cry like babies, tell them to get over it!

It conclusion, factory farming is a huge problem. It's a problem for the environment, for the well being of millions of people as well as animals. The simple thing to do is ban it. Its inhumane and just plain God awful. 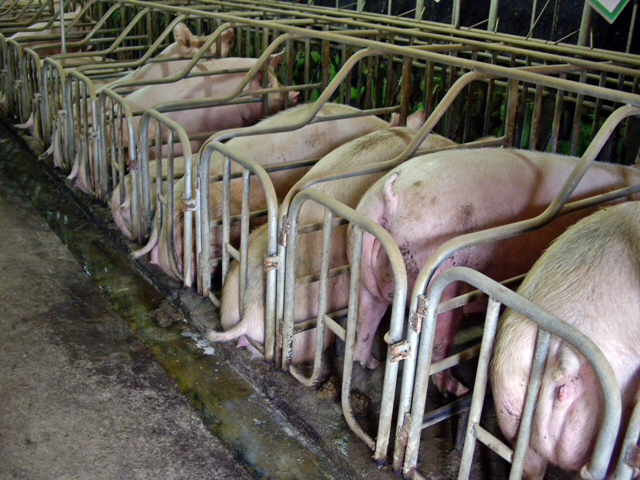 agriculture
Published on Nov 11, 2016
Report a problem... When should you flag content? If the user is making personal attacks, using profanity or harassing someone, please flag this content as inappropriate. We encourage different opinions, respectfully presented, as an exercise in free speech.
Swan Valley School District

Equality of men and women

This is why there should be equality between men and women

Here is a brief explanation of what should be done to the education system.

“What do you do about terrorism?” There are a lot of terrorists in the world. Groups such as ISIS, Al-Qaeda, Taliban,Boko Haram cause havoc arou...

America is as physical fit as other countries so I believe that gym class should be required in schools.

Grades should be replaced with Education percentages.

This is a letter to the president about police brutality.

We need to stop cancer and stop standing around and cure it.

Colleges prices have been raising throughout the years, and causing a lot of stress because of the debt.

Antisemitism is on the rise

Antisemitism is increasing in America and around the world and it is creating a major problem in schools, businesses, and anywhere else.

Young children should have restrictions on phone usage

Guns in themselves are not evil, even though they hurt, they protect.

We need to focus on finding homes for orphans and foster children.

What Are We Really Eating?

It's time that we address the impact that our diets are having on our health and the environment.

Honey bees are a keystone, indicator species. Their decline points to (and will likely accelerate) broader environmental degradation. Scientists po...

This is a letter to the president concerning the topic of GMOs.