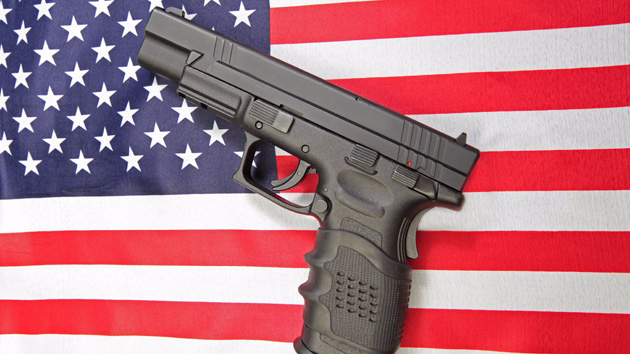 Gun violence has to be reduced in the country of the United States of America. Gun violence is one of the many issues we have in the U.S.A. Gun violence caused mass amounts of deaths such as: Sandy Hook, Virginia Tech, Columbine, Luby’s, and much more including gang related situations. Gun Violence rates shouldn’t be this high in this country. That is why I write to you about gun violence and gun control.

In the US gun ownership is huge, in the US you do not need a safety test or state a reason the have a firearm. The more gun ownership, the more gun deaths. In the US there is 112.6 guns owned per 100 residents [http://www.breitbart.com]. In 2015 about 41% of americans own a gun in his/her household[www.statista.com/statistics/249740/]. Guns are really easy to obtain in the US either legally or illegally, either way it is still too high in the US. We can reduce this by issuing a registration, give a reason to have a gun, safety test, safe storage and more; by doing this it will not only make this country a bit more safer but more people will live to the next day rather than not having those ideas issued.

Mahatma Gandhi, Malcolm X, Marvin Gaye, and Martin Luther King Jr., all contributed to this world before each one died because of a firearm; why can’t other people that weren’t so well-known live to show their talents and ideas to the world before getting killed by a firearm? Gun violence is way too high in the US. Gun ownership has resulted in many gun incidents. Lives are literally at stake here.This is why I write to you saying the gun violence has to be reduced in the country of the United States.

gun issues
Published on Nov 7, 2016
Report a problem... When should you flag content? If the user is making personal attacks, using profanity or harassing someone, please flag this content as inappropriate. We encourage different opinions, respectfully presented, as an exercise in free speech.
Cristo Rey Philadelphia High School

In this letter, I assert that minimum wage needs to be increased and why the next president should address this issue . Parents making minimum wage...

Teens all over the country suffer from heroin addiction. We need to stop this to help our families and communities.

Police Brutality has been going on for way to long and its time for us to stand as a nation to stop it. So what are you going to do, stay silent or...

Put the Drugs Away

My letter consists of the trials and errors pertaining to teen drug abuse and how it affects the families and the people that use them. It also sta...

Clean water is important to have.

Gun violence plays a huge part on the death rate across the nation & it needs to end.

Stricter gun control laws would give too much power to the government.