Poverty has been around ever since there were money and people. What is poverty? Poverty is the state or condition of having little or no money, goods, or means of support; the condition of being poor. Poverty should not only be abolished in the U.S. but worldwide because poverty is just getting worse because of the racist ethnicity differences, and the difficulties each child in poverty has to go through.

Many deny the ethnic differences in poverty numbers, according to 2014 US Census Data, the highest poverty rate by race is found are Blacks with 26 percent, with Hispanics (of any race) having the second highest poverty rate (24 percent). Whites has a poverty rate of 10 percent, while Asians had a poverty rate at 12 percent. Now that’s racist, it may not be directly racism but it’s giving off the racist vibe. You may be wondering how and why race is even related to poverty, well it does and here is why. National Poverty Center said “In the U.S. one of every three African American children and one of every four Latino children live in poverty— two times higher than the rate for white children”.

This issue is a personal issue that I’ve experience. I was born in Thailand where you grow most of your food. On average I get two meals a day if I’m lucky I might get three, but sometime I go without a meal in my belly at all just some fruits. I was young and having to go through all that changed my view of the world, makes me think of what’s going on in the mind of other billions of children that are in that situation. What I’m trying to say is that no child should have to go hungry, not just children but people, no one should have to worry about if they are going to go hungry today.

This is why I think Poverty should be stopped not just in the U.S but worldwide. Like Eli Khamarov, writer said "Poverty is like punishment for a crime you didn't commit.". No one should have to get punished for something they do not have control over. 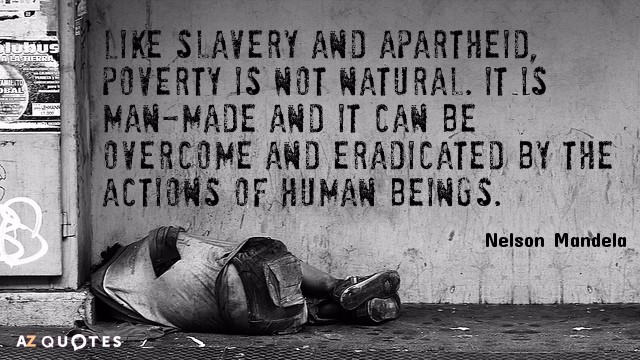 Poverty
Published on Nov 8, 2016
Report a problem... When should you flag content? If the user is making personal attacks, using profanity or harassing someone, please flag this content as inappropriate. We encourage different opinions, respectfully presented, as an exercise in free speech.
St. Paul Central High School

the government should stop tweaking so much on little things.

Actions must be taken to address truancy. This letter will address what steps should be taken.

Poverty needs to addressed as it affects not only adults but children as well.

We should have a unique taxing way for each person, based on their monthly income.

A realistic look at how school funding hurts the innocent children of our country.