I am writing you today because low income in single parent households needs to change. This needs to change because the children of these single parents are living without necessities. Some people don't understand what it's like to live uncomfortably because you don't have enough money to get life's necessary objects. Another reason this needs to change is because these families are living financially uncomfortable (living paycheck to paycheck). My mom makes a low yearly income and has raised my brothers and I, by herself, since they were 3 years old and I was 2 years old. Now I am 16 years old and she has struggled to pay for many things like bills, school payments, food, etc. for the 3 of us for a lot of years. The children of these single parents that are living without necessities are important because they have an unfair disadvantage to life and this is against the constitution. The families that are living financially uncomfortable (living paycheck to paycheck) are important because they deserve a fair chance of living comfortably if they are working hard to make their paycheck. A study shows that "above 40% of children from 1995 to 2005 lived in impoverished homes" (gale group).

Some families and people may not understand that income in single parent homes need to increase. This needs to happen because parents can’t afford necessities for their kids. One cause of this could be people's lack in understanding how many kids actually live like this and the government's lack of caring. An effect of the lack of understanding and lack of caring is nothing getting done about these poor homes and low incomes. Try and think of going to a sports practice without the necessary equipment or going home and not having a filling and/or nutritious dinner.

Single parent households also need a higher income because those families are living uncomfortably and are living paycheck to paycheck. "More than half of American Households are a paycheck away from financial disaster"(Pew Research Center). One cause of this could be that these households are mostly single parent homes and they aren't making enough money by themselves. An effect of these single parent homes is living one paycheck away from a financial disaster could be the children not get the essentials they need.

I believe this issue can be fixed by lowering taxes for these single parent house that have lower incomes that can not provide enough for their kids. You can help single parent families like mine by approving this and passing it.

Often single parent households aren't getting enough income to properly take care of their children and live comfortably and this why it needs to change. If this topic is not addressed properly or soon then a lot of american families can not focus on more important matters going on around them in the US. These could be problems like a presidential election or natural disaster, something that they could try and help. I feel as a group we can all do something to help out these people because whether you know it or not these people are part of everyone's community, friend circle, or even families. Thank you for taking the time to read this letter and taking it into consideration.

Sincerely a person that cares, 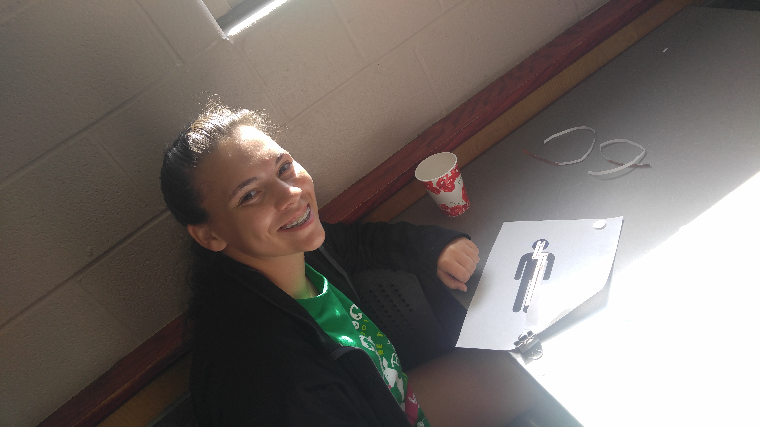 single mothers finance income inequality divorce Poverty
Published on Nov 8, 2016
Report a problem... When should you flag content? If the user is making personal attacks, using profanity or harassing someone, please flag this content as inappropriate. We encourage different opinions, respectfully presented, as an exercise in free speech.
Oak Hills High School

My letter about how we have to protect black Americans and get people to help out others around from the whole world. We should have justic like ev...

I thought social media impacts students grades i think if students limited there time on social media test scores and grades will go up.

The cost of a college tuition is at an extreme high as of today. It is so high that low-income, first generation students do not even want to attem...

As difficult as it is for poor people to start and finish college, the current school system only drives them further into failure. We need everyon...