There is something major in this world that is tearing apart our humanity, something that is deteriorating the relationships between countries: Racism. Now, what is racism? Racism is when someone believes that certain races have unfavorable characteristics, believe certain things they don’t believe in, or just simply display a hatred for another race. Many areas that are in need of help with this issue would be places with low diversity, or places where the majority of people are one race and the small majority is another race or races. Racism is happening in many countries throughout the world, including the US. Even though only about 13% of the US population are of the black race, compared to 64% of which are white according to the 2010 US Census, there are many instances where this doesn’t seem the case. For instance, in New York 2010, there were 601,285 stops by the NYPD (New York Police Department) according to US Prison Culture. Only 9% of these were white, compared to 52% of which were black. To make this statistic even worse, only one of the black people that was stopped was found to have a pistol and 98% of them “did not have ANY contraband with them."

I believe that racism should be the priority of our future President because it is destroying the world and preventing beneficial relationships between cities and countries. One reason for that position is that racism is tearing apart relationships built between countries, making the UN’s goal more difficult. One example of this happened in the past. 1933-1945 to be exact; The Holocaust. This was a racist event in history. Adolf Hitler had said, “If Nature does not wish that weaker individuals should mate with the stronger, she wishes even less that a superior race should intermingle with an inferior one…” As Hitler mentions a superior race, he is implying his own race (of German descent) and when he says an inferior race, he is implying those of Jewish descent. The overall effect of this event tore apart countries’ relationships with Germany, as this operation was being carried out mostly by Germany and the German Army. Another example of how racism is tearing apart countries’ relationships that is more recent would be an incidence that happened in Melbourne Australia. According to GlobalIssues.org, “In 2009 and 2010, there were increasing racist attacks against Indians with many Indians in Melbourne [Australia] fearing racist attacks…... It even led to the Indian government issuing an advisory warning about the dangers of traveling to Melbourne.” This created tension between the countries of Australia and India on the topic of racism.

Not only is racism affecting country's relationships with each other, it is tearing down individual countries within themselves. An example I found was on Mapping Police Violence and was referring to the U.S. In 2015, black men were killed at 5x the rate by police compared to the rate of white men killings. This is a huge problem, especially because those represented as “black” have recently been causing riots and protests all over the country. An example of this is the “Freddie Gray” protests. There were many violent riots, where protesters smashed cars, threw rocks, and resulted in clashes between police because of an incident where “a 25-year-old black man died from injuries sustained while being arrested a week earlier in Baltimore [Maryland].” (RT International) These actions by protesters resulted in damage done to property around the city and caused sparks that later started protests in other states. Events like this one related to racism will continue to damage the U.S. as well as other individual countries if racism is not reduced. 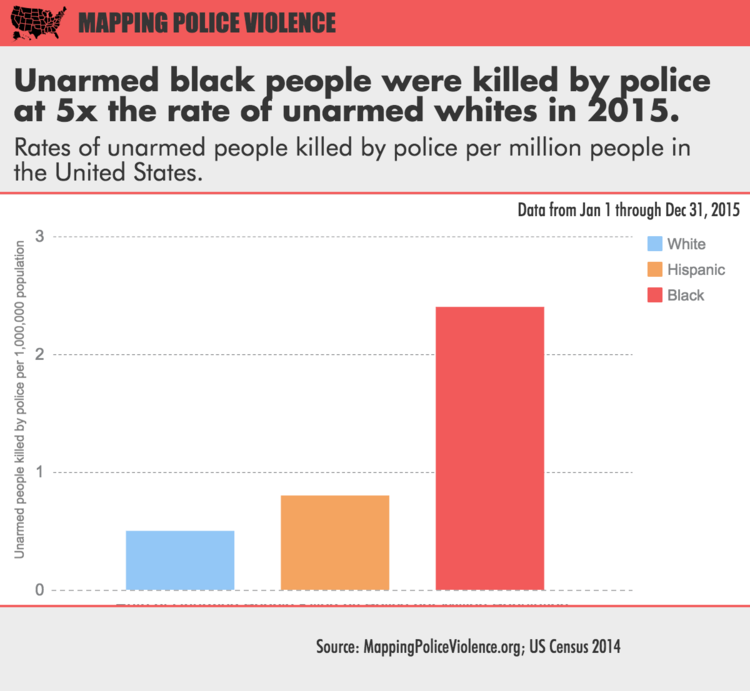 Even though most people believe that racism should and is going to be stopped or reduced, some people still think that racism occurs “naturally”, is “always going to occur”, or think that there is nothing we can do further than what we have already done to reduce this issue. Although some people might think this, look at the last 100 years. About 60 or 70 years previous to today, races such as African Americans and other “colored” races, were required by law to be segregated from doing almost any activity together with white people. This would include, according to OccidentalDescent.com, African Americans or other colored races had to sit at the back of the bus, were offered different accommodations when referring to health care, have separate waiting areas and ticket booths in train depots, and had different streetcar compartments. Only a very small amount of these problems started to become abolished around the 1950's, while others were stamped out in the late 1900's. When you look at all of these examples compared to how today’s world treats everyone, you will see a huge change. This improvement of how racism is viewed today compared to how conditions were in the 1930's, shows that there is still potential to reduce racism throughout the world, and also shows that it is possible to reduce racism in large amounts.

One thing the future President can do to reduce racism is to spread the word throughout the globe. Even though people think most people know about racism, there are still people that don’t know about it or aren’t aware of their actions. The future President should also spread the word or encourage the creation of certain organizations to do so, and to help the youth and adult populations report incidents that they notice around them related to racism and racial discrimination. There are many cases and incidents that are not reported related to racism that could be stopped if reported. This would help reduce the number of schools, organizations and other businesses from discriminating against races. When connecting to how the issue can help towards the completion of one of the global goals, it is mostly connected to global goal number 10, Reduced inequalities. This is because the goal for most countries is to end or reduce racism, which has to do with inequalities. The target under this global goal that reducing racism will most likely help would be: “By 2030, empower and promote the social, economic and political inclusion of all, irrespective of age, sex, disability, race, ethnicity, origin, religion or economic or other status.” This, of course, relates because it notes wanting to include everyone no matter of what race, ethnicity, or origin someone is. This issue will also help the UN’s initiative if it is reduced. The UN’s initiative includes having the most beneficial relationships between countries. Tending to this problem would help work towards the completion of this by improving the relationships between countries and keeping the peace between these countries. A way it would help would be by decreasing the possibility of squabbles and disagreements over racism/racial inequalities. Overall, this is a priority for the next president because racism affects the globe and how each country interacts and supports the other countries around them. If racism is not stopped or at least reduced, the relationships and peace among countries will very much worsen or even diminish. 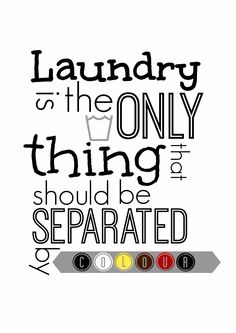 People should never be judged because of their race and this picture shows that only Laundry should be separated by color, not people.

race racism racial inequality racial discrimination
Published on Nov 7, 2016
Report a problem... When should you flag content? If the user is making personal attacks, using profanity or harassing someone, please flag this content as inappropriate. We encourage different opinions, respectfully presented, as an exercise in free speech.
Chaska Middle School East

More Jobs need to be created for the unemployed.

This letter touches base on an epidemic that is very important to me.