Global warming is the heating of the Earth's atmosphere. If this goes on, the earth will be too hot to sustain life and then we will be forced to do something about it, but if we do something about it now then is will be a less of a threat. “By the middle of the century most of the poles will in fact vanish, thanks to our burning of fossil fuels. The North Pole and most of the ocean around it will be free of sea ice in summer for the first time in thousands of years.”(National Geographic, Tim Folger) this will affect all the animals that live in the north and south poles because of the global warming. Warming of the poles would affect us because the poles keep our oceans cold and without them the water will heat up. I believe global warming should be a priority because in a few years this will a major problem and it needs to be taken care of before it happens.

I think that global warming is a major topic and should be talked about it more often. There should be more laws about putting waste in water. ”70 percent of industrial wastes are dumped untreated into waters, polluting the usable water supply. On average, 99 million pounds (45 million kilograms) of fertilizers and chemicals are used each year.” (water pollution,national geographic,pg,1). If we don't put as much waste in the water then the Earth's water will have better quality water and the fish population will go up. Also if we use less plastic on products and recycle them, the less waste is on the earth and in the water. ”Americans use 2.5 million plastic bottles every HOUR. Americans generate 10.5 million tons of plastic waste a year but recycle only 1 to 2% of it.” (sustainablecommunication,pg,1) If we recycle all plastic and other recyclable things then the air pollution won’t be so bad. So with that I think that the future president can help prevent this from happening.

If we fixed global warming, there would be some bad things that come out of that. Some of the advantages of global warming are that it is preventing the next ice age, also that it’s keeping the seas unfrozen for shipping and transportation. ”As only 11,000 years has passed since the last Ice Age, scientists can not be certain that we are indeed living in a post-glacial Holocene epoch instead of an interglacial period of the Pleistocene and thus due for another ice age in the geologic future” (geography.about.com, pg.1) We might not be ready for the next ice age and if the seas are frozen then we might not get all the resources we need. So in a way we need global warming to keep the temperature at the right for something like keeping the ice age from happening again.

I think that the future president should put a law in place that makes you recyce and use recyclable plastics. I think global warming is most connected to the Global Goal number 13, Climate Action.  Global Goal 13 is about fixing the climate and things that are affecting the change in climate. This will be a bigger problem when we leave it untouched and leave it to the next president but if we do something now then it will make the earth better place. 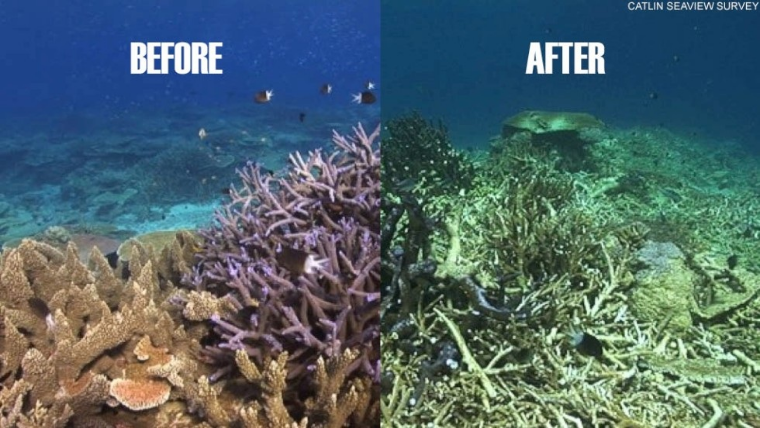 this image shows how much pollution is affecting the ocean, and how much it is hurting the beautiful coral and other sea life.

global warming
Published on Nov 21, 2016
Report a problem... When should you flag content? If the user is making personal attacks, using profanity or harassing someone, please flag this content as inappropriate. We encourage different opinions, respectfully presented, as an exercise in free speech.
Chaska Middle School East

Rape is something that has been frequently increasing, which is why I believe there should be more awareness on it.

Improved care for our veterans

Many veterans are experiencing delays in the health care system as it is now, which needs to be changed for the people who have worked hard to serv...

I strongly suggest switching from using oil and coal, to using an electricity grid or solar panels.