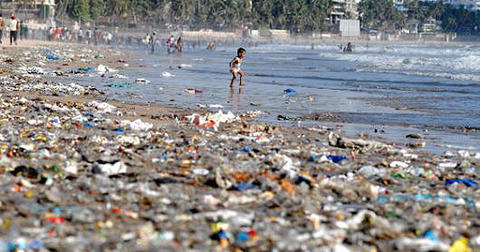 If you spend one day in Beijing breathing the air, it has the same health effects of smoking 21 cigarettes. In every eight deaths one of them can be linked back to pollution. Do the math, if the the world is getting worse at cleaning up after itself then that would mean that the death of pollution will skyrocket in the next couple of years and more than only 8 deaths happen a day so how many deaths are from pollution in a year?

Pollution is a very major problem and no one really takes it seriously. Only a few people seem to be doing anything about it. While children make up 10% of the world’s population, over 40% of the global burden of disease falls on them. More than 3 million children under the age five die annually from environmental factors. (Boundin P#1) But there is still hope there are some organizations that are taking a stand against pollution. “The Group Against Smog and Pollution was founded in 1969 by a group of 43 volunteers concerned about air quality issues in Southwestern Pennsylvania. Over the years, GASP has maintained a continuous program to educate the public on questions of pollution and its remediation. Through public meetings, engagement with the press, educational events, permit reviews, and other means, GASP has worked tirelessly to explain and combat our air quality problems.”(GASP P#3) This is a group that helps keep their community clean, healthy and informed of the risks of pollution. If more people knew about the severe problems that pollution created they would hopefully stand against it.

On the other hand most people think that it is just not important to reduce pollution because it is not going to affect them. But that is where they are wrong. Littering is the biggest issue because it kills animals gets into the water that you drink and overall just does not look pretty. If you get caught littering in Minnesota you will get a warning then you will get a fine if you get caught again of no less than 400$ and the possibility of picking up trash off the highway and/or get jail time. If nothing is done we will have a completely different world in the future.

We need to do something about this or the world is not going to have a very bright future. The future president could raise awareness and enforce stricter rules to keep people from littering. The consequences that this has on the people and the environment is to bad to just ignore. We have to at least reduce it and eventually come up with some other clean ideas. If we don't a lot of people's lives will be lost because of your decision.

I choose to use this video because it shows that people are affected more then they think by litter.

pollution health disease climate change environment
Published on Nov 9, 2016
Report a problem... When should you flag content? If the user is making personal attacks, using profanity or harassing someone, please flag this content as inappropriate. We encourage different opinions, respectfully presented, as an exercise in free speech.
Chaska Middle School East

Gun control is a big issue in America and it needs to be solved.