There are many things that I would like to say in this letter, but first, I will introduce myself.  I am a young student that lives in the opportunity-filled place called the United States of America. Everything that the president does or wants to do must always go through Congress. When I was younger, I always thought that nothing was changing and that everything stayed the same. Later on I noticed gun violence, racism, and different rallies going on. It is not even remotely possible for you to make others accept each other but, you can create laws that could keep us safe from murderers and other criminals. I believe that there is a way for you to help Americans that can't afford to attend college. You could lower the total cost of tuition for in-state universities and colleges or create more work-study programs available to all students. Up to 40% of low income students that have been accepted into colleges are not attending because of the cost. There should be a way for students that come from low-income households to attend college so they can sharpen their skills and be successful.

Racism is a problem that has been going on for centuries. Stories of corrupt judges and political leaders have been heard of all around and most of them point to racism. The thought that one race is more superior than another is absurd. No where in the Bible or Quran does it say that whites are more superior than blacks or the other way around. Racism comes in many forms like the assumption that Muslims are terrorists. I, myself, am Muslim and I know for a fact that terrorists are not Muslim. Muslims are not killers and executioners that do these things in the name of God. There are  thousands of people being killed because of police brutality. These are just some of the many thoughts of a young girl that lives in the United States. 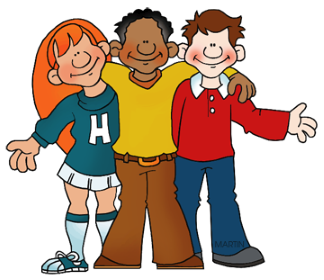 racial discrimination college costs terrorism crime muslim americans
Published on Nov 7, 2016
Report a problem... When should you flag content? If the user is making personal attacks, using profanity or harassing someone, please flag this content as inappropriate. We encourage different opinions, respectfully presented, as an exercise in free speech.
Fairfield High Preparatory School

Supported by UAB-Red Mountain Writing Project and the Alabama Humanities Foundation, we are a group of high school students (9-12) that meet once a month to improve critical thinking and writing skills through instruction in creative writing.

In many cases, capital punishment is unjust because many people are falsely accused and some not treated equally due to the circumstances of how t...

College Tuition deductions need to be established by our next president!

This letter is addressing the cost of college tuition, and the deductions that our next president should make for students planning to go to colleg...

We must win this war. It has taken its toll on many American hearts.

Nowadays, police shootings are seen more often involving African Americans. They are mistreated a lot of time by the cops.

Syrian refugees should not be allowed into the United States to decrease terrorism.