I am writing to you about a very important issue: the wage gap in the workplace. Women earn less than men for performing the same jobs and they don’t deserve it. According to the Institute for Women’s Policy Research, a college educated woman could lose up to $800,000 by the time she is fifty-nine due to the gender wage gap. This means that a single woman could earn $800,000 more to raise her children, or to save up for retirement.

In the United States there are a lot of women and families in poverty. According to the National Women’s Law Center, “Data on Poverty and Income,” "More than one in eight women and more than one in three single-mother families are poor". According to the Institute For Women’s Policy Research “How Equal Pay for Working Women would Reduce Poverty and Grow the American Economy,” poverty in families with a working woman would be 50% less than what it is now if there was equal pay. Half of the people who are now living in poverty would be given a better life, if only there was equal pay.

My mother is the CFO of a non-profit. According to the U.S. Bureau of Labor Statistics, "Highlights of Women’s Earnings in 2012," October 2013, female CEOs and directors earn about 42% less than what their male counterparts make. When confirming this with my mother she said, "That’s about right." When I asked her why she didn’t do anything about it she informed me that she wasn’t comfortable asking for a raise.

I think that everyone should try to do what they can to do something about the issues they care about. So I’m doing something about this. I am writing to you, asking for you to pass a law against paying men more than women. Why wouldn’t you, when it would help more than a hundred million women living in the U.S., many living in poverty? Why wouldn’t you when it could help their children, their families, and their husbands. It’s likely that the United States of America will not see equal pay in this lifetime. That means that your daughters and granddaughters could grow old without ever earning as much as men. You have the power to do something about it and I hope you do. I look forward to seeing this new policy.

Thank you for listening to my concerns, 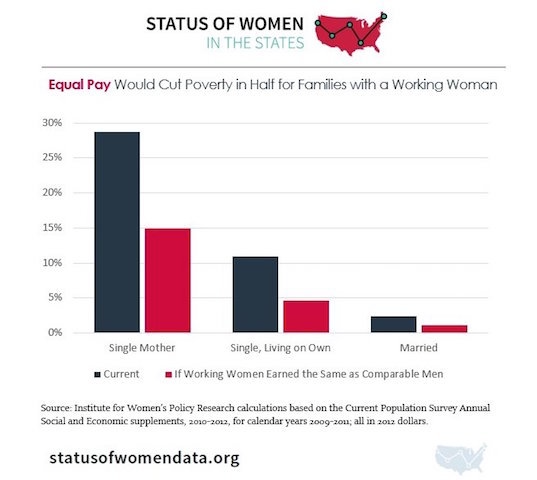 The problems of Racial Profiling and Racism

Racial profiling is a challenge that continues to divide America. In order to heal as a nation, we much end this practice and work toward being a c...

ISIS is treating women cruelly and unfairly and we need to help.

Puppy mills only enforce suffering on young animals who are nothing but kind and pure. These are places under such horrible conditions and should b...

Discussing the social issue of racism and discrimination within the United States today.

EPA Must Make Companies Pay for Ruining Our Oceans

The Environmental Protection Agency is allowing some companies to dump waste into the ocean without any significant consequences or fines. This mus...

With immigration in the news, I interviewed my mother about my grandmother's immigration story from the Dominican Republic.

Gender Equality in the Workforce

Equal rights for women will unite and help advance the United States, as well as set examples for other countries who face similar challenges.