In 1963 former President John F. Kennedy passed the Equal Pay Act to try and abolish the wage gap based on gender in America. Fortune Magazine did a study and concluded that over the course of 40 years of work the average man will make $430,480 more than his woman counterpart. Women are still paid 78 cents for every dollar a man makes, but only if that woman is white. While an African-American women doing the same job would only be paid 63 cents to each dollar a man makes; doing exactly the same job! Back in the 1960's women were hired as secretaries and were often used as sexual objects instead of a personal assistant, and often there was nothing they could do or say about it. Unfortunately 1 in 3 women are still being sexually harassed in the workplace in 2016. According to a survey by the Huffington Post, Women between the age of 18 and 34 have been sexually harassed at work. Michelle Ruiz and Lauren Ahn wrote “sexual harassment hasn’t gone away---it has just taken on new forms… sexual harassment isn’t always easy to spot. It can be a sexual comment in a meeting or even an insinuating Facebook message.” 29 percent of women did report the issue while the remaining 71 percent did not. According to the survey, the field with the highest levels of reported sexual harassment is food and service hospitality with 42%, then 36% with retail, 31% STEM, 31% Arts and Entertainment, 30% Legal, 21% Medical/Healthcare, and 23% Education, and those are just the highest percentages. Sexual harassment happens in just about every field of work you could think of. I believe that Women’s Rights in the Workplace should the the priority of our future president because we still don’t have strict enough regulations against sexual harassment and the wage gap.

I am a part of the performing arts community and a study by the Huffington Post showed that 31% of women are being sexually harassed in the Arts and Entertainment Industry. This scares me so much because this is something that I want to do for a living and I don’t want to go to work every morning thinking that I could be sexually harassed that day. This has been an issue for over 53 years, and no president has taken effective actions.

Among many issues about Women’s RIghts in the Workforce, the wage gap is one of the biggest. As of 2015 multiple studies have shown that women will not receive equal pay to their male counterpart until about the year 2152. Best said by AAUW ¨While the number has gone up one percentage point from 2014, the change isn’t statistically significant — because the increase is so small, mere tenths of a percent, it doesn’t amount to perceptible change.¨ According to the U.S. Census Bureau, the earnings ratio hasn’t had significant annual change since 2007. I want to live to see that wage gap be abolished, don't you? Sadly, at this rate I probably won't be alive to see it. That is why I am asking your help, as the future president of the United States of America, don't you want to get this abolished for good?

In addition to sexual harassment and wages, an average of 80% of single-parent families are being raised by women, and nearly 45% are living below the poverty line. 23.2% of those women were jobless for the entire year of 2015, and only 22.4% received an unemployment benefit. Could you raise a child (children) on minimum wage (or even with no job at all)? could you feed yourself as well as your kids?

I think the president needs to fix the wage gap by enforcing a law for equal pay no matter what gender or race. I also think that the president needs to make sure that people feel comfortable reporting sexual harassment as well as trying to stop it from happening. I know that almost no problem can be fixed completely but we at least have to try, and try again until we get the results we desire. I think that this connects to gender equality because you don’t ever see any of these issues occurring with men. Men are not being sexually harassed by women, men are not receiving less money for doing the exact same job, men are not the ones being discriminated for just being a man. What are you going to do to stop this? Are you just going to sit back and watch it all happen? I think that this would help the US support the UN because if women were truly treated as equally as men, we could send over double the number of troops we do now. We could donate more money, and help spread gender equality throughout the rest of the world. But we can’t do that all over the world, if we can’t even make it possible in our own country. This needs to be priority for the future president because 53 years ago former President John F. Kennedy passed the Equal Pay Act of 1963 and almost nothing has been done for equal pay for men, women, and children. Why has it taken this long to realize that something needs to be done? 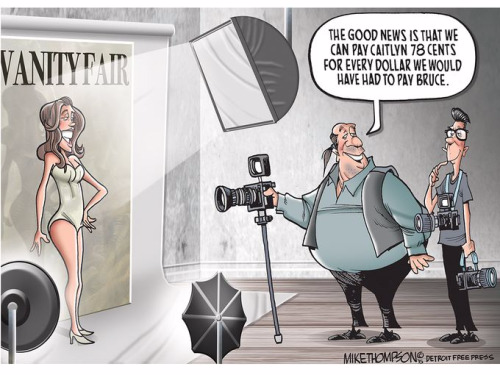 equality sexual harrasment wage gap
Published on Nov 8, 2016
Report a problem... When should you flag content? If the user is making personal attacks, using profanity or harassing someone, please flag this content as inappropriate. We encourage different opinions, respectfully presented, as an exercise in free speech.
Chaska Middle School East

This is a letter about my problem with crime.

More Breaks during the school year

Schools should be more flexible with students having more breaks.