Gun violence occurs several times around the world each day. Every day, on the news channels, there is at least one gun-related incident. I wake up and hear the devastating and extremely unfortunate news of how someone has gotten hurt or, what I dread might happen, died. I remember the Sandy Hook Elementary school shooting. My parents and I were shocked that so many innocent school children and staff died because of an armed and dangerous man, who should never have a gun in the first place. In America, according to David Frum, a Daily Beast and CNN contributor, “About 200 Americans go to emergency rooms every day with gunshot wounds.” When guns end up in the wrong hands like felons, domestic-violence offenders and terror suspects, innocent people’s lives are affected deeply. You need to add and enforce new gun laws to stop these people from hurting others.

There are several laws that would be effective at keeping people safe from guns. A Lancet study says that, “Implementing federal universal background checks could reduce firearm deaths by a projected 56.9%; background checks for ammunition purchases could reduce deaths by a projected 80.7%; and gun identification requirements could reduce deaths by a projected 82.5%.” This means that by simply increasing I.D. requirements and background checks for guns and ammunition, two of the simpler laws to impose, up to 82.5% of lives would be saved. Just look at the statistics, about 144,188 people saved! In addition, a Mother Jones investigation found that high capacity magazines were used in about 31 out of 62 mass shootings in 1982-2012. Since high capacity mags are used in mass shootings, banning them will decrease the chance of a successful mass shooting. Plus, it is unlikely someone would need a military grade, fully automatic, or high capacity mags for hunting, protection, or for sport. Because of this, all three types of firearms should be banned or at least limited to the public.

As I said earlier the unintentional gun deaths are 4.1% of total gun deaths. Though this seems minimal, it is actually about 19,025 people. It is hard for me to believe 19,000 people die because they are accidentally shot. So in addition to the proposed bans, enacting a law like mandatory safety features or a childproof gun safe for parents will reduce the number of accidental gun deaths. This will prevent children or adults from unknowingly firing, or not knowing if a bullet is in the chamber. I wish that this will bring the 19,000 people to 0. David Frum also said, “American children under the age 15 are 9 times more likely to die of a gun accident in other advanced wealthy countries.” I think that David Frum meant that children are 9 times more at risk of gun deaths than in some countries like Russia. Meaning that America is becoming dangerous to youth. Something has to be done about guns!

Future President, please enact a law that will help these dire matters. People could be dying right now, while this is being read. The longer a law like universal background checks for guns and ammunition, mandatory safety features, banning high capacity magazines, or banning assault rifles, is not put in, more and more people will die. Don’t let another mass murder by firearms happen to people that are just unfortunate to be there. So please, listen to one of the letters to you about gun control and do something to help. 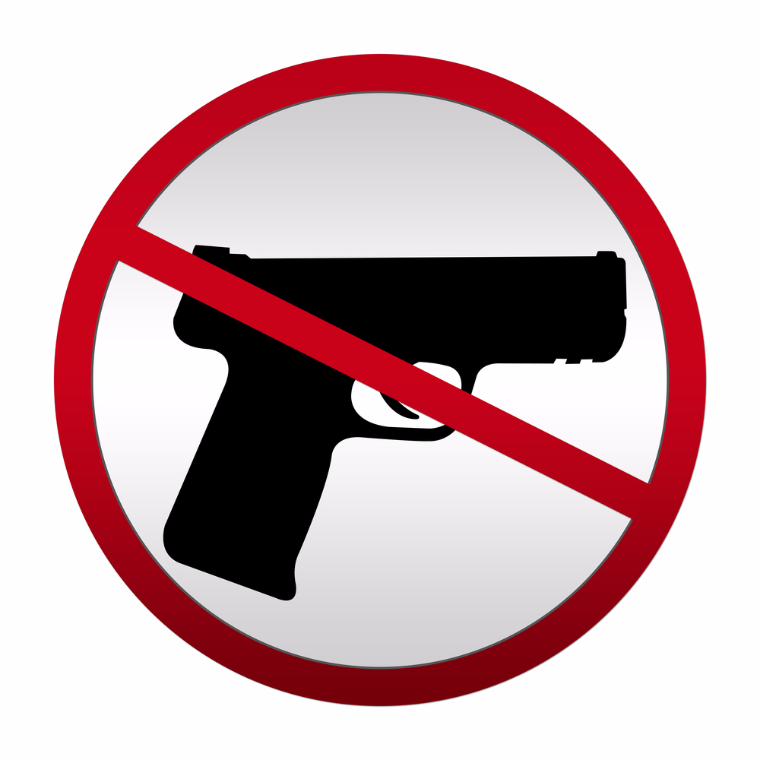 gun deaths gun control
Published on Nov 16, 2016
Report a problem... When should you flag content? If the user is making personal attacks, using profanity or harassing someone, please flag this content as inappropriate. We encourage different opinions, respectfully presented, as an exercise in free speech.
NYC Lab Middle School

Marijuana is dangerous, but it can also be helpful. Medical cannabis can soothe pain, help people fall asleep, and increase appetite. Decriminalize...

Far too many people, especially those of color, are dying or becoming severely injured because of the police.

Immigration Should be allowed

Many people from different continents com here for a new life.

Gun Control and the NRA

There are an estimated 112.6 guns for every 100 people in America. America needs gun control so these guns don’t fall into the wrong hands.

The whole world is heating up. There is too much pollution and carbon dioxide around us. We need to make some changes right now to keep our world g...

Food Waste In the US

A shocking issue that affects the lives of millions across the country.

The problem that million of students are concerned about is the huge college tuition that is not affordable. ​

Let The Punishment Fit The Crime

The laws that apply to every citizen should also apply to police officers equally. Police officers should get punished when they use unjustified br...

In our letter, we delve into the deep issue of faulty background checks and other gun control related topics.

Gun Control and the NRA

There are an estimated 112.6 guns for every 100 people in America. America needs gun control so these guns don’t fall into the wrong hands.

Gun Rights are Necessary in America