You have said that,”The concept of global warming was created by and for the Chinese in order to make U.S. manufacturing non-competitive." Climate change is actually happening. We must acknowledge this problem and try to stop it from happening. Global warming is a type climate change, and is a gradual increase in the temperature of the earth’s atmosphere. It is generally caused by greenhouse effect.

One example of climate change is the greatly increasing CO2 levels in the air. In the past 650,000 years, CO2 levels in the atmosphere did not go above 300 ppm until the mid 20th century. Now the CO2 levels have risen from around 317 ppm in 1958, to around 400 ppm in 2013. These massive increases in CO2 gases are causing global warming because when the sunlight hits the earth some of the heat is absorbed by greenhouse gases such as CO2 and CH4. The greenhouse gases trap the heat from the sun and cause the earth to heat through the greenhouse effect. Because of these gases the earth’s average temperature has increased by 1.4 degrees fahrenheit over the 20th century. This evidence shows that climate change is definitely happening.

Another example of climate change is that the glaciers are melting. According to procon.org,”From 1953-2006, Arctic sea ice declined 7.8% per decade. Between 1979 and 2006, they declined 9.1% each decade. As of 2014, Arctic sea ice was being lost at a rate of 13.3% per decade. Some studies predict the Arctic could be nearly ice free sometime between 2020-2060.” This shows that global warming is affecting the earth by melting the ice in the Arctic sea.

These two examples show that climate change is real and not made up, and it is affecting our planet. So, in your four years as our president please take climate change seriously and try to make our country better for the environment and atmosphere. You could try to create laws against things that are the main source of the greenhouse gases like burning fossil fuels. 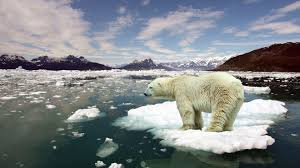 global warming climate change temperature
Published on Dec 14, 2016
Report a problem... When should you flag content? If the user is making personal attacks, using profanity or harassing someone, please flag this content as inappropriate. We encourage different opinions, respectfully presented, as an exercise in free speech.
Miamisburg High School

We have a major problem that will kill us, the animals, and the earth if we don’t do something about it: pollution.

Many people around the United States have access to guns who should not be able to get one so easily, and I think that with stricter laws on guns t...

This letter is about how the Earth is getting warmer.