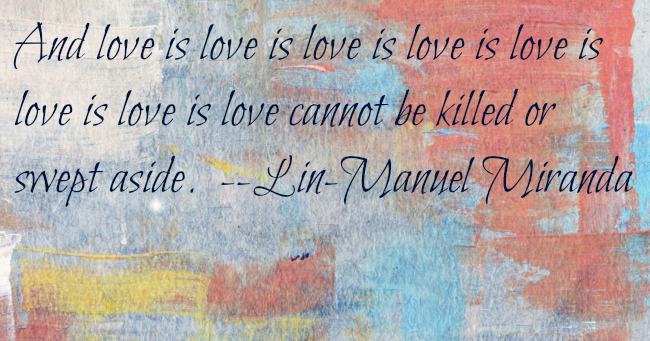 Gay marriage is legal in all 50 states, cementing the right to marry who you wish. A right, however, is different from the ability to or having full equality. Members of the LGBT Community everywhere are harassed, bullied, evicted, etc., due to their choice of who to love and to be different. Even now, there have been massacres, disownership, and violence towards members of the community due to coming out as being lesbian, gay, bisexual, and transsexual. This is an issue because these individuals are just as human as any other person, and yet they are treated with contempt and wariness. Their rights should not be revoked or suppressed, as this would be a repeat of history, in a sense, of the injustices that led to the civil rights movement.

According to PinkNews, certain conservatives wish to effectively enable segregation to those who are LGBT on the basis of “religion”, which is so “no-one should fear persecution because of their deeply-held religious beliefs.” (Pence, PinkNews) This is hypocritical in the whole sense of the word, as the community does not persecute others based on religion, but the exact opposite. Anti-LGBT conservatives and evangelicals want to try to oppress those who are different from them, mainly because they believe that LGBT love is not true love, and they cannot have children on their own.

Taking away someone’s rights because they are different shows weakness on the antagonistic party’s part. Being accepting of someone solves a lot more than fighting against it. Justifying bullying with religion is a mistake that has caused more trouble than what it is worth in the past, so it is easier and far kinder to let people love who they love. Please give these struggling people a break, and make yourself look favorable when history goes on to tell your story. The past does not matter much if you leave completely mar what history will tell of you in the future. Thank you for the consideration of reading this, and please, know that history has it’s eyes on you.

lgbtq rights
Published on Nov 11, 2016
Report a problem... When should you flag content? If the user is making personal attacks, using profanity or harassing someone, please flag this content as inappropriate. We encourage different opinions, respectfully presented, as an exercise in free speech.
Wye River Upper School

To Help Ourselves or to Help Others... That is the Question

In my letter, I address the need of domestic aid and how our nation should cut down on foreign aid

My letter is about Racism and how as a country we the people need to end racism and stay united.