Congratulations on your win as the next president. I am concerned about a problem that I am personally connected to and would like your help with. The treatment of SAGA (Sexuality and Gender Acceptance) people is unacceptable. We need to make sure that those in the SAGA community are not denied employment or tortured for who they are.

There is no federal law legally protecting SAGA workers. Businesses are currently allowed to treat them as inferior to straight or CIS (those who feel the gender they were assigned at birth;the opposite of transgender) workers. Most Americans are not aware of the lack of protections for SAGA workers. Three out of four Americans believe that it’s already illegal under federal law to fire someone for being gay or transgender.

Twenty-nine states do not have any prohibition of discrimination based on sexual orientation or gender identity. Mostly in the southern area of the U.S. but all over entirely, those part of the SAGA community are not protected for being treated unfairly in their workplace. SAGA youth are twice as likely to be physically assaulted than straight or CIS youth. The fear SAGA members feel on a daily bases that they will get raped, beat up, or killed is real. According to the Huffington Post, “14 homicides were committed against SAGA members as of April 2nd 2015.” This means that we are actively being killed by those who don’t accept us and we need to be protected. According to American Progress, “15 to 43% of SAGA workers have experienced some form of discrimination on the job. Also 8 to 17% of SAGA workers report being passed over for a job or fired because of their sexual orientation or gender identity.” This shows that we are being treated unfairly for something cannot control, nor affects how we work.

In conclusion, I hope you have considered this information for future changes. We need to make sure that SAGA members are protected in their workplace. 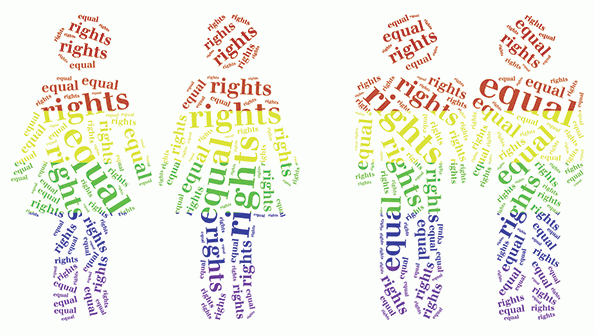 lgbtq rights employment rights
Published on Nov 2, 2016
Report a problem... When should you flag content? If the user is making personal attacks, using profanity or harassing someone, please flag this content as inappropriate. We encourage different opinions, respectfully presented, as an exercise in free speech.
Henry Sibley High School

ISIS has been causing a lot of damage around the world and I think we should stop them before they get ahead.

Help Save the Rainforests

Our rainforests are being cut down fast and they are one of our biggest oxygen suppliers and homes for a bunch of animals.

There are millions of homeless teens in the United States, and it is a very large problem that is going unnoticed. Actions need to be taken.

My issue is straight conversion therapy.