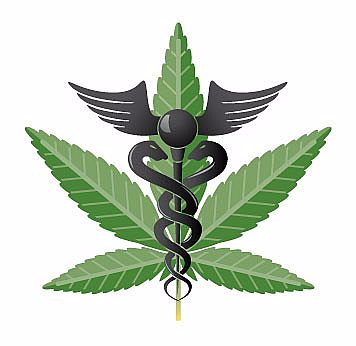 I write to you concerning the current laws on marijuana and why it should be legalized for medical purpose. Currently only 6% of studies on marijuana is to analyze its medicinal properties, but these studies show some of the miracle effects this one drug can have for sickly people. There are at least two chemicals in marijuana that scientists think have medicinal applications, Cannabidiol (CBD) and tetrahydrocannabinol (THC). CBD impacts the brain without a high while THC seems to have pain relieving properties.

Marijuana has been proven to help people with a wide range of diseases. It can be used to treat Glaucoma, an eye disease that increases pressure in the eyeball that leads to pain and blindness. Marijuana decreases the pressure and slows the process of the disease. People with the chronic illnesses Ulcerative Colitis and Crohn’s, inflammatory bowel diseases that cause pain, diarrhea, and vomiting, who smoke say symptoms significantly decrease and some patients noticed a total remission with their diseases. Treatment for Hepatitis C has very negative side effects such as fatigue, nausea, pain, loss of appetite, and depression. Treatment lasts for months and many patients aren’t able to finish treatment because of these side effects. A 2006 study had patients smoke marijuana during treatment, non-smokers had only a measly 29% of patients completed treatment while those who did had 89% of patients completing treatment.

The most well-known use of medical marijuana currently is the use of it treating those who take chemotherapy. Marijuana reduces the symptoms of the treatment which often cause additional health complications. Marijuana seems to affect the metabolism of those who smoke. Though pot smokers often get the munchies and eat more than people who don’t smoke, studies show that pot smokers are more likely to be more skinny and have a healthier reaction to sugars compared to non-smokers.

Marijuana isn’t perfect, everything has its con’s. The effect the drug has impairs people’s

thinking and remembering. Being under the intoxication of marijuana while doing dangerous activities such as driving can often lead to accidents. One common misconception of marijuana is that smoking it would have bad long term effects on your lungs, just like tobacco. Studies show that not only does marijuana not impair lung function, but also improves lung capacity in those who smoke marijuana. Marijuana disturbs your REM sleep cycle which stops most dreaming. This effect seems to be both positive and negative. It can help people with nightmare problems, such as people with PTSD, but there are suspicions that this effect might cause harmful effects in the long run for frequent smokers of marijuana.

These are reasons why I think marijuana should be legalized for medical purpose. If you still don’t feel like marijuana is worth it, at the least consider putting more funding into research and the study of marijuana so we can understand it better. Thank you for reading.

drug policy health laws
Published on Sep 9, 2016
Report a problem... When should you flag content? If the user is making personal attacks, using profanity or harassing someone, please flag this content as inappropriate. We encourage different opinions, respectfully presented, as an exercise in free speech.
New Technology High School

The United States has the most expensive college tuition in the world. Student debt has tripled in the last 8 years, with the total amount of debt ...

Money keeps being cut from schools, leading to higher class sizes and less teachers to teach and connect to the students. More money should go into...

A Needed Shift in Attitude Towards Racism

There doesn't need to be more laws to stop racism, but there needs to be a change in attitude towards racism.

Is college really worth its price?

Opportunity and change is the goal for families.

Why we should have LGBT Rights

Should the Death Penalty be Legal?

In recent years there have been many cases of unnecessary force used by the police against Black people. Nowadays, it seems that the situation is g...

The concern of obesity is one that touches us all.