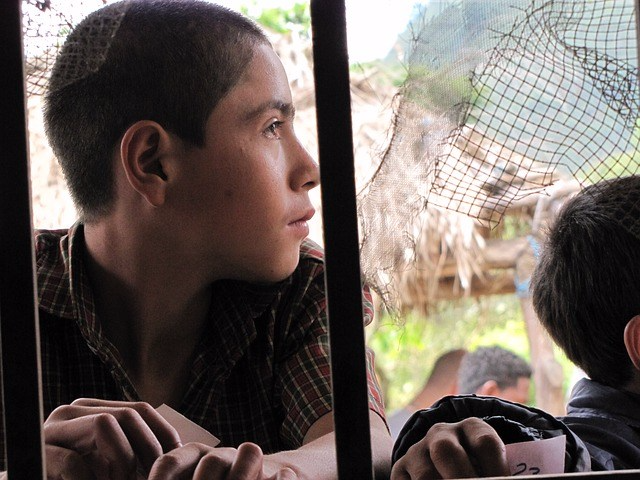 I think that Honduran kids should not be coming to stay in this country, because most of the time when they come, they get back send to Honduras. They come here because their family is here or they need a better life than what they have in Honduras.

I read an article that says: “The latest trip cost him $6,000. And he still has his nephew and wife back in Honduras whom he hopes to bring to the U.S. one day. Ortiz said he has no intention of avoiding his scheduled court appearance in North Carolina.” (Source) Most of the time people will spend all that money and at the end of the day they will not make it to the U.S. This matters because some of my family members came to this country that way. Also, I heard that people may die on their way to this country.

Something else that I read was: “The number of children and family members caught crossing the southern border has dipped in recent months but is expected to increase seasonally this summer ahead of the presidential election” (Source). Most of the time they will come with their families because they don't want them to stay in Honduras living a bad life. Who wants their family in another country without being able to go to see them? My family always tells me is that we think life is easy, but it is not that way for families who come from Honduras or other Central American countries.

Three or four of my family members came to this country by trains and through Mexico. One thing they told me was that they were not able to eat all the time when they were in Mexico. They ate only one time a day because they could not find anything to eat. They passed by the narco’s (or drug dealer’s) house and would be scared because you never know what those people are doing in their house. And when they go to the United States, they had problems putting their kids in school because they don’t have papers and they were not from this country. And they were scared of walking in the street because you never know when the ICE will come to your house.

As the next President, I think what you should do is to help the kids out because they are not having a good life in Honduras and their parents need to get jobs to be able to help their families out.

honduras family immigration job market
Published on Aug 11, 2016
Report a problem... When should you flag content? If the user is making personal attacks, using profanity or harassing someone, please flag this content as inappropriate. We encourage different opinions, respectfully presented, as an exercise in free speech.
New Directions Secondary School

With immigration in the news, I interviewed my mother about my grandmother's immigration story from the Dominican Republic.

America's Future Depends on You

America calls itself the “home of diversity and opportunities.” Known as a nation of diversity, it is important that we advocate for everyone in th...

Fossil fuels will be fossils in the future

The college tuition and loan problem is spiraling out of control.

The justice system isn't wrong the cops are.

College tuition is getting in the way of other students achieving their education and life goals. I believe that the government can help make a bet...

Refugees are coming into America, but is how we're bringing them in safe?

Make Entering Into the U.S Easier to Immigrants

Illegal immigration is increasing, but only because they aren't given equal treatment. With a change in how the U.S. accepts immigrants, the illega...

Illegal immigration of aliens into the United States is a threat to our country and to our country's citizens. Citizenship should not be granted fo...

People come to the U.S. for a better life, not to be sent back.

It’s not fair the way these immigrant teens are getting treated in their countries. I say yes, to keeping our borders open. Not every immigrant is ...