The first issue I am concerned about is ISIS. Our country has been slow to stop terrorism and now it is at our doorsteps. We knew that Osama Bin Laden was in Pakistan and it took our leaders years to find and destroy him. We knew that Pakistans leaders were lying and protecting him and we did nothing to put military pressure on this country to give him up. Now we terrorist  trying to blow up our world. In this country alone cells have been found planning killings us in our own country. The FBI, CIA and allies have uncovered plans of terrorist within our own country,some home grown aand others allowed to enter as immigrants from the Middle East. Look at what happened in Texas and San Bernadino, California.http://www.globalresearch.ca/non-muslims-carried-out-more-than-90-of-all-terrorist-attacks-in-america/5333619

Second, are people trying to create a  "race war." I truly belive that groups like, BLACK LIVES MATTER, are causing more harm than good. My brother is seriously thinking about becoming a police officer.Not all white cops kill people of color. There are black officers that have killed black lives as well. I worry that groups like Black Live  Matters will not look for solving the problems within their own community as well as outside their communities ,that they may make the problems worse not better.

Third, illegal immigration is a problem. My mother, a wonderful woman married to my father who works hard for what he has earned, was born in the Phillipines and came to this country when she was a little girl. Her father was an immigrant who came legally to this country and now is an American citizen. My fathers family came as immigrants from Italy many years ago and earned their citizenship. I have no problem with legal only illegal immigrants.

As you can see the issues that affect and concern me are serious and we need a President who can be honest and says honestly what needs to be done. 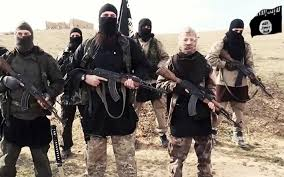 abortion immigration black lives matter isis
Published on Oct 23, 2016
Report a problem... When should you flag content? If the user is making personal attacks, using profanity or harassing someone, please flag this content as inappropriate. We encourage different opinions, respectfully presented, as an exercise in free speech.
Renaissance Charter School at Palms West

As a senior is high school college tuition has been a continuos table topic between my parents and I. Imagine spending twelve years in school and b...

A lot of people have had catastrophic experiences with firearms that they did not meant to happen. Guns contribute to domestic violence and it can ...

People should get a taste of freedom.

Immigration should be made easier for parents to enter the US with citizen children already here.

Types of People Who Immigrate

Immigration in the USA

One of the most controversial problems in our country: the problem of immigration.

Abortions should be legal to eliminate backstreet abortions, to provide a situation to solve an unwanted pregnancy (due to incest or rape) and to p...

I think immigration is ok if it benefits the U.S., not just the person who is immigrating.