For decades, the topic of the treatment of Special Needs people has been brushed under your oval rug. For some odd reason, political figures and people of importance have failed to recognize and speak of one of the largest groups of minorities in our nation. Why is a country that says they are open to diversity so afraid to speak for the people with no voice? Why have our leaders neglected these vulnerable people? Why hasn’t our president done enough to speak out for them? Hopefully, this letter will shed light on the situations and the treatment that Special Needs people receive in our nation. And hopefully, it will open your eyes to the injustices they receive from the most powerful people in our country.

Before you can help someone, you need to be able to understand them. According to the Merriam-Webster Dictionary, Special Needs are the “individual requirements of a person with a disadvantaged background or mental, emotional, or physical disability or a high risk of developing one.” In simple terms, a special need is a disability. These “disabilities” can be presented in two different ways: mental or physical. And within these categories are several different and unique special needs. Off the top of my head, some special needs are Anxiety Disorder, Autism, Asperger’s, Cerebral Palsy, Down Syndrome, and the hearing and visually impaired. In one way or another, you might have encountered someone with a disability and didn’t even know it! In the United States, 1 in 5 people possess a special need. (Census.Gov) One of those people is my cousin. 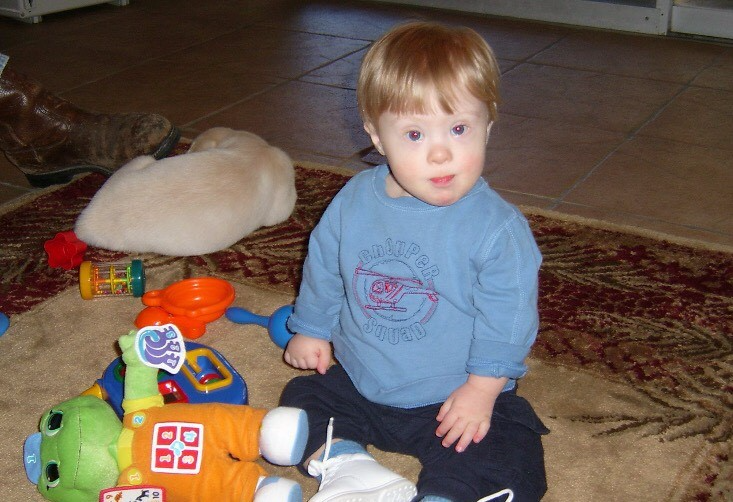 The 12th of January, 2004 was a normal day for my family, despite the fact that we were receiving a new family member. My family and I rushed to New Orleans from Baton Rouge in order to be there when my new baby cousin was born. My family had already witnessed countless other births, so we weren’t expecting anything to surprise us. This wasn’t a new experience, so we weren’t anticipating any “bad news.” I thought everything had gone wonderful in the delivery room. It wasn’t until the doctors and nurses came out of the room that I knew something was wrong. They had a worried and defeated look on their faces as they pulled my mother to the other side of the hallway. One doctor was whispering to her in a calming voice, trying to reassure her that everything would be okay. But nothing was going to be okay. My cousin was diagnosed with Down syndrome. We weren’t worried about the life Brady was going to live. We weren’t worried about people in our family detaching themselves from our lives. We weren’t worried about the unconditional love that Brady was going to receive from us. We were worried about how the world would treat him and the adversities he would soon have to overcome.

In the United States, every 1 in 700 babies born will possess the chromosome defect known as Down syndrome. Roughly around 6,000 babies a year will experience a delay in their mental and physical development like Brady has. (CDC) Not only has Brady been diagnosed with Down syndrome, he has also been labeled as bipolar and Autistic. With this strange concoction of special needs, Brady has been put on a multitude of different medications to help suppress his disability and make him more “normal.” This is a normal occurrence for people with special needs; they are handed a variety of medicines and expected to go about their day. They do this because the facilities that once took care of people with special needs have today become run down and out-of-date. I know this because my cousin Brady is in one now. For the past six months, Brady has been living in a facility specializing in the treatment and aid of special needs peoples. There, the doctors are working to wane him off the many medicines he had previously been taking, and also trying to figure out new ones he should take. 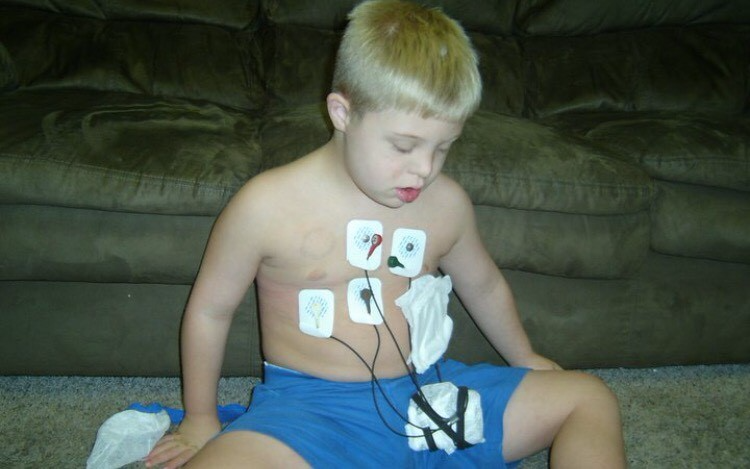 I know what you might be thinking. Great! He is getting the help he needs! Our nation is doing its job! But you're wrong. Dead wrong. The facilities in which we place our special needs citizens are run down and out-of-date. The rooms are bare and the workers are uninterested in helping. On one occasion while I was visiting Brady at his facility, I noticed one worker asleep with about ten autistic boys sat around her. This goes to show the lack of interest and the amount of ignorance these facilities have towards our citizens with special needs. Not only are these facilities lacking the care and treatment towards people with special needs; our school systems are also failing them.

In the state of Louisiana, there are only four schools specializing in special education. These four schools are also private, which means that one must pay money in order to be accepted. People with special needs "are one of the world's most marginalized and excluded groups in society." (UNICEF) If a family cannot afford the luxury of sending their child to a special education school, who posses up-to-date technology and active teachers, they are then forced to send their special needs child to public schools who offer a special education program. Public schools are not forced to offer this, however, and those who do only do it for the grant they receive from the government. Most of the time, the money presented doesn't even make it back to the children; It is used somewhere else in the school system.

My argument in all of this is that we need to establish public schools that specialize in special education, rather than selective private schools and a handful of public schools who offer the programs needed. Public schools are offered to the general public, so why can't we have special education public schools as well? Yes, I understand that this would cost a lot of money, but I believe that this is a necessity in moving towards Social Justice. For a country that prides itself on its diversity and acceptance of others, they sure do have a funny way of showing it. Special Needs peoples need the representation from politicians like you, the Future President of the United States. Speak up for the people who have no voice.

special education
Published on Oct 28, 2016
Report a problem... When should you flag content? If the user is making personal attacks, using profanity or harassing someone, please flag this content as inappropriate. We encourage different opinions, respectfully presented, as an exercise in free speech.
St. Joseph's Academy

In one of the world's wealthiest countries, poverty is extremely prevalent

Dear Future President, I am writing to address the issue of gun control in the United States. Guns affect the everyday lives of every single person...

Same-sex marriage is a problem that many people fail to see.

Wisdom is a lot different than smarts

A friend told me that wisdom is a lot different than smarts. I wanted the political party representatives to realize that KNOWING what to do as pot...

Tuitions are Too High!

College tuition has substantially increased in the decades since 1971. This article shows the increase and side effects of trying to take out a loa...

A look at how special education teachers need equal pay.