I am writing to you to bring up a concern our nation is facing; our safety in our daily lives. Yes, ISIS is a huge part of causing the violence in our country but it is we the people who bring violence too. The fight on ISIS should not stop by any means but there also needs to be focus on the public’s safety during this period of terror.

Being a high school student I feel that the safety of my classmates and I are vulnerable. This is also due to the fact that people are allowed to purchase weapons that are not for defense, or hunt, but to kill in mass amounts. I respect the 2nd Amendment, but how do we deserve a right where we cannot use the guns properly and allow for people who are mentally ill buy guns. I personally do not feel safe in my own school, and sometimes cannot sleep to the thought of someone trying to kill my classmates and I.

Almost everyday in 2015 there was mass shooting in the U.S, and most of them were our own people. Yet our government cannot figure out that all these shootings have been done with assault rifles. An unnecessary weapon that has killed elementary kids, people apart of the LGBT community, moviegoers, African Americans, shoppers in my own state, and many more groups of people. Still we allow for people to freely buy these guns? We are hurting ourselves more than ISIS is hurting the world with their acts of terror. For the sake of this country’s safety do something about assault rifles, we are not safe in our country. 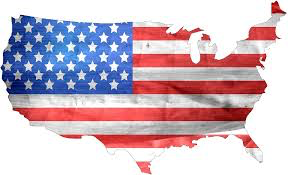 security assault weapons 2nd amendment isis terrorism
Published on Nov 7, 2016
Report a problem... When should you flag content? If the user is making personal attacks, using profanity or harassing someone, please flag this content as inappropriate. We encourage different opinions, respectfully presented, as an exercise in free speech.
Judge Memorial

We need to control Terrorism once and for all

The war on ISIS

What will you do as our president to deal with ISIS?

Why Obama's "Pivot to Asia" should be an integral part of Foreign Policy.