Choices Pregnancy Care Center says that “approximately about 1 million teenagers become pregnant each year, and of that 78% are unintended, and 35% choose to have an abortion.” This fact goes to show that most teens would rather have an abortion rather than take responsibility for their action and/or mistake. It kind of makes you wonder what women would do if there was no such thing as an abortion; when they have the child where will it stay? Will they even keep it? Will the baby be put up for adoption? And speaking of adoption, what about the couples who aren’t fortunate to have children of their own? There are plenty of people who are willing to adopt, but with the high rates of abortion, sooner or later there won't be too many children available to adopt. There are women that will give anything to be able to have a baby or their own and there are others just killing theirs.

Some girls have unprotected sex without thinking of the consequences. Not knowing that a couple of minutes of fun can lead to a drastic change in their life. They don’t think about the freedom they have baby free; finishing school, going out, saving money,being able to come and go whenever you want, hanging with friends, and just having a personal life. According to Child Trends “Teens may choose to have an abortion because they have concerns about how having a baby would derail important personal goals such as completing school, financial problems, and maturity.” Teens are commonly still staying with their parents with either no job or a minimum wage job that couldn’t even pay bills. Having a child when you’re just a child yourself will only cause stress to you and your family who will now have to step up and help take care of the child.

And some may say “it’s their decision”, “they shouldn’t be forced”, “you don’t know their situation” Well I may not know their situation, but I do know that it only takes 2 secs to put on a condom. And that’s where I commonly stump people who are pro abortion. If you don’t want to make a baby, use something that will prevent making that baby. Condoms aren’t the only prevention of pregnancy. Birth control is a common solution, especially for sexually active couple who don’t plan on having a child. If it is taken daily it will stay effective.

To come to a conclusion if you’re not ready to have a child don’t make one. Too many unborn children are being taken away and with the help of the next president we can finally end abortion. We need to come together to save the lives of the future 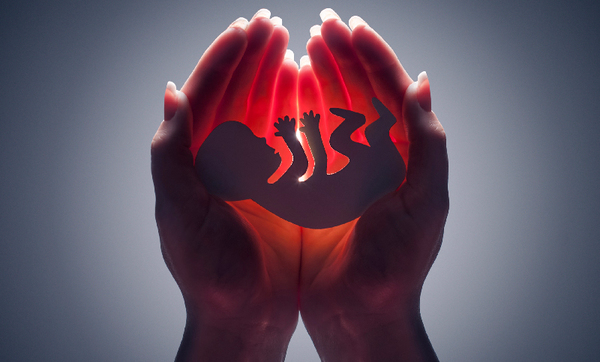 abortion pregnancy adoption
Published on Nov 2, 2016
Report a problem... When should you flag content? If the user is making personal attacks, using profanity or harassing someone, please flag this content as inappropriate. We encourage different opinions, respectfully presented, as an exercise in free speech.
Carman-Ainsworth High School

Sexual assault on minors is a real thing and we need to show people that it's a serious issue.

The Facts About Police Brutality

We need to reduce the amount of profiling of black males in America.

Illegal immigration is a big issue in our country. We need to do something about it. This letter addresses this problem and gives information and a...

This is why standardized test should be edited for better results

Minimum wage should not be raised for many, many reasons.

The drinking age should be lowered

Abortion needs to stop in the United States because it ruins a baby's life, who could have had an impact on the world.

Abortion is murdering kids. I think we need to stop this.

Pro-choice side of the Abortion argument in America.

The Idea of Abortion

Serious issues in the economy

In this letter I wrote a little about social issues in the U.S, also what we can do to better our community.

Is killing an innocent child right?