In the United States Mississippi is known as the hospitality state and also the conservative state. Mississippi has always been the last to pass laws and to not accept certain beliefs or ideas. Mississppi has yet to accept same-sex marriages and other "unchristian" beliefs. This is mainly because of the education system and the authorities over the state. Mississippi is ranked last in the National Survey of Educational Performance, the state is made up of only 37% African Americans, and Mississippi is ranked 51 in the poverty level of the United States. African Americans are looked at as ignorant individuals that can't succeed in the educational field and poverty causes lower educational standards because the lower class fails to have the same resources as the rich elite.

With Mississippi being ranked last in the National Survey of Educational Performance, leaders of education should push to change that substandard ranking. Because Mississippi is a conservative state, the educational standards will remain the same because changes in Mississippi are looked at as negative or unnecessary when in reality the changes are badly needed. Students in Mississippi have fallen behind in the educational field because of the lack of an educational initiative. Mississippi's citizens miss out on better qualifying jobs in other states because of little experience in a certain field that another student would've received in middle school.

Poverty in Mississippi is a major issue and that is because of the lack of jobs in the state. There are more citizens than jobs; therefore, poverty becomes an on going issue. A solution to poverty would be to bring higher paying jobs into the state. It isn't fair for children to fall behind in school because their parents can't  afford to further their child's education. 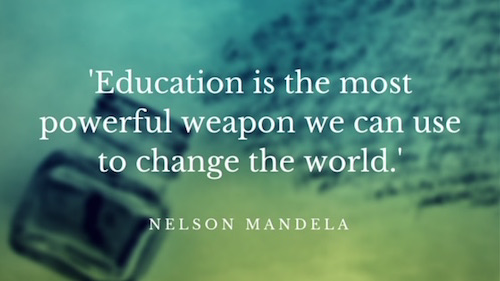 education equality
Published on Nov 8, 2016
Report a problem... When should you flag content? If the user is making personal attacks, using profanity or harassing someone, please flag this content as inappropriate. We encourage different opinions, respectfully presented, as an exercise in free speech.
Aberdeen High School

Abortion, the On Going Issue

Abortion should be legal in all 50 states. America is the land of the free, so why shouldn't women have this as an option to decide on freely?

College tuition should not be expensive.

What will you do for me?

It most stop here!

SAT's have been an important score for every college applicant, but do they really represent the student?