Over the past few years there have been an increasingly number of black men being shot and killed by policemen. In most of these cases it is said that the men have been unarmed but for some reason are still seen as a threat. Like Philando Castile , he was shot and killed by a white police officer in front of his girlfriend and daughter. I believe as the president you should upgrade body cameras, make stricter police laws, and send special services to investigate when tragic events like these occur.

Having a new and improved body camera can decrease false statements from both the officer and suspect. On safetyvision.com the writer said " obtain the highest reliability in recording with superior performance and clarity necessary for high-quality evidentiary video". This quote shows that if the police department issue some high quality body cameras then that would keep down a lot of confusion. Not having these body cameras will only cause more problems due to the fact that it would be the suspects word against the police officers word and 9x out of 10 the suspect would be the one in the wrong.

Stricter laws will allow other policemen to see that taking someones life for no reason is serious business and will not be tolerated. Just like a jury we would have a specific commitee of people who would evaluate the case. After that the commitee would sugguest to the judge what they think the proper punishment is. If without a doubt an officer has taken someones life for no reason I believe it should be automatic LIFE in prison ! On huffpost.com the writer said " The ritual of an unnecessary police killing with no real accountability has become painfully familiar". This quote shows that since there has been so man unjust police killings thishas become a normal thing and it shouldnt be this way.

Sending special forces to investigate these cases will keep down the confusion of a department being bias toward the officer.  Everyone knows that there's a pretty good chance that what ever department that officer has worked for is probably going to have his back 100%. So with that being said we should have a special force team investgating the case so that the proper evidence is revealed and the officer may recieve the proper punishment for his or her actions.

Im not expecting these request to fix police brutality completely but by putting those three requests into play we will have come a step closer to ending police brutality. As a member of a black community , I feel that it is only right to speak upon this subject. If we continue to allow these policemen to kill our men , they will. If we retaliate , then a riot breaks out and even more white policemen with guns and bullet proof vests come out only to kill more black people and injure others. We have to come together and find a solution to the problem so that we may rise from these dark moments and overcome the fear of losing our lives to a police officer in which we thought would protect us. 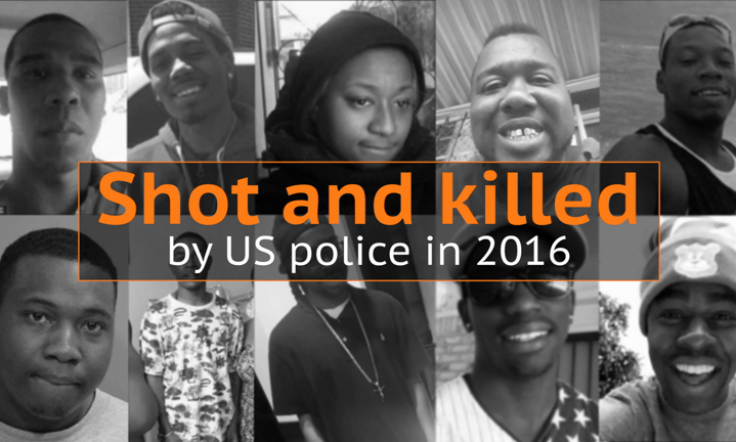 police brutality black lives matter police shootings body cameras
Published on Nov 8, 2016
Report a problem... When should you flag content? If the user is making personal attacks, using profanity or harassing someone, please flag this content as inappropriate. We encourage different opinions, respectfully presented, as an exercise in free speech.
Aberdeen High School

I think the government should do something about all of the police violence.

Poverty is decreasing in the US. But if certain incomes are going to be taken away the poverty level would increase.

Police Brutality is wrong and it must stop!

My story is about bullying and the how there are 3 different types of bullying: verbal, social, and physical. Bullying can be stopped by talking to...

Lower the cost of college.

In my letter, I will be discussing the importance of lowering college tuition and increasing minimum wage federally and within states. I believe th...

College tuition should not be expensive.

Women's issues have not only been ignored nationally, but are continually swept under the rug of the international status quo. We must unite as a p...

Do your job Hillary. I believe in you.

Something needs to be done about police brutality.

We need to address the problem of police brutality by giving them more time off the streets.