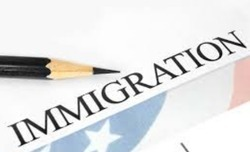 Have you been watching all of the violence going on in the world?  If you haven't you need to fix it whenever or whoever is going to be the president. I think it needs to be stopped because some people are getting hurt for no reason and I don’t think that is fair. One more problem I want to talk about is Trump and Hillary keep arguing about where they are going to put the wall/fence or the border.

Donald Trump and Hillary Clinton need to stop arguing about when and where they are going to put the wall/fence or wall. Both of them need to calm down about that idea and deal with it when whoever the president is going to be. I also think what Donald Trump said that he is going to make Mexico pay for the wall/fence or wall is a good idea because it is Mexico's people coming over here and it wastes our time to go find the people and track them down and send them back where they came from.

Whoever is going to be the president needs to make a strict rule about each and everyone who is going to cross the border has to have a passport and get a high level security pass so they can't come over the border illegally. Also another idea is if a person jumps or hops the border illegally that person should have to pay for themselves. Donald Trump said that there is no nation without borders and I think that is really true because if you didn’t have any borders basically everything is connected because the borders split the countries up.

To summarize all of it up I really think that Donald Trump is going to win because he does not get really mad unlike Hillary Clinton. I was listening to the radio in the car the other day and people said people got mad at her for being so rude to other people. I think that it was really rude of Hillary Clinton to be rude to some of the interviewers and also Donald Trump.

My Evidence: procon.org, huffingtonpost.com, and thealantic.com

immigration
Published on Oct 30, 2016
Report a problem... When should you flag content? If the user is making personal attacks, using profanity or harassing someone, please flag this content as inappropriate. We encourage different opinions, respectfully presented, as an exercise in free speech.
Health Science Middle School

My letter is about racial inequality, how and why the black lives matter movement started.

The freedoms of a woman

Planned Parenthood is more than a place for reproductive health. It's a place for freedom.

Something has to be done about the lack of gun control in our community, our nation!

Children all around the world are not getting an education they deserve, children who don’t get an education will have a hard time as they grow up.

Immigration is important, and needs to be talked about to find a fair solution for everyone.

My letter to our new president

Dear Madame or Sir, Immigration is a big deal in America and always has been. This presidential election has highlighted how much of an issue it i...