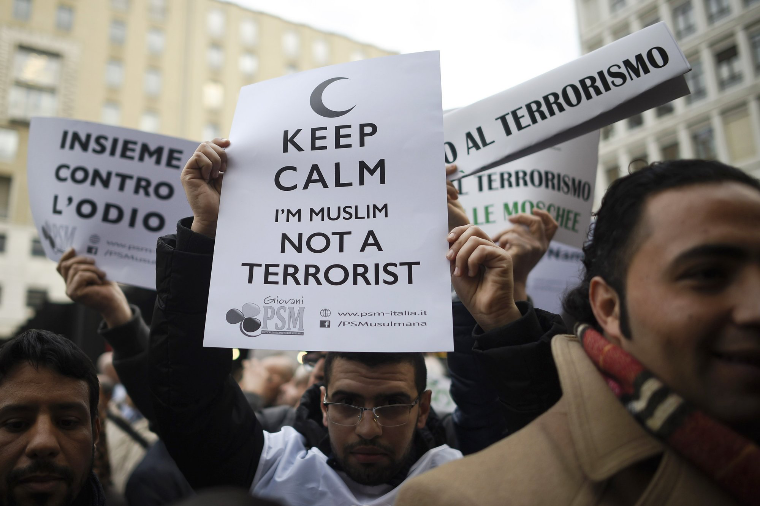 I was born and raised as a Sudanese-Muslim American. Most Americans do not know the true meaning of being a muslim, and as a result they fear who lives an islamic lifestyle. The definition of islam is peace, as a result, the vast majority of Muslims live a peaceful lifestyle. Just like any other religion, there are groups of people who represent terrorism in the name of the entire religious community. This does not mean that the majority of muslims who represent the true meaning of islam should pay for the poor decisions of small terrorist groups. Donald Trump identifies as a Christian man, every day christians commit horrible crimes but this does not mean Donald Trump or anyone else should pay for these crimes. Yet Donald Trump believes the many good muslims should pay for the crimes of the bad.

The religion of Islam is a very beautiful, simple and peaceful faith, yet it is one of the most misunderstood religions in the world because of the poor image a certain group has cas created. ISIS is a militant group based out of Iraq and Syria that utilize means of terrorism and violence in order to complete their task at hand. In no way does any operation of ISIS represent any aspect of the religion of Islam, or reflect the desire of muslim people. Just like any Christian or Catholic, Muslims do not agree at all with the terrorist group ISIS, or in any way support their beliefs and ideas. How can a terrorist group that uses force to strike fear into people's hearts, claim to represent a religion of peace and unity?

The United States of America is one of the most diverse, and culture accepting countries in the world. People from all over have a desire to come to the United States because they believe that they will have the freedom to live by the religion of their choice without government interference. This idea of religious freedom is something that the United States has taken pride in for decades. Due to the vast diversity in the United States, people from every religion and culture commit horrible crimes day by day, as a result do we punish all the believers for the poor acts of the few? Not at all, this would be against the very laws in the constitution that the United States is built on. If we do not punish all religions for the poor acts of the few, then how could Donald Trump feel comfortable inflicting punishment on all Muslims? This idea clearly violates the very first amendment of the constitution which includes the freedom of religion, assembly, press, petition and speech.

The definition of Unity is the state of being united or joined as a whole. We call ourselves the United States, for the most part in our history, we have reciprocated the definition of our title in our actions by accepting people of all religions and backgrounds into our country. If the United States inflicts a ban on all people coming from a country that has been compromised by terrorism, or gives special identification to all muslims, can we really call ourselves the “United” States of America? This would be going against the very basic beliefs of our country and the “United” States would be divided, and slowly be consumed by these acts of corruption.

People of all backgrounds come from all over the world to experience the life of freely expressing a religion of their choice without any government involvement. This idea of freedom of religion gives people hope. In order to continue as a country of United States, we must come together in order to address a problem with the sharing of ideas, as opposed to dividing ourselves and hoping for the best.

presidential qualities terrorism muslim americans peace united states of america
Published on Nov 3, 2016
Report a problem... When should you flag content? If the user is making personal attacks, using profanity or harassing someone, please flag this content as inappropriate. We encourage different opinions, respectfully presented, as an exercise in free speech.
Okemos High School

It's time to put a stop to the harmful effects fatigue has on our nations youth.

Innocent lives are being lost every day and we need you help.

Gender Equality needs to progress faster that it is!

When are we going to stop demeaning women?

The Stress In School

This letter is about the problems that students in our country face, specifically issues related to stress caused by an overwhelming number of assi...

Need to stop the ocean pollution because it is killing the ocean reefs.

This is a brief letter on the debate over interrogation techniques used by the CIA.

Terrorism is one of the most difficult problems experienced worldwide. It takes a lot of courage, strength and a passion for the United States in o...