Immigration is one of the most important things I want to consider to the next president. People from different races that include Asians, Africans, Mexicans, Europeans, and all kinds of people should have the right to live and spread in America. America shouldn’t limit immigration and change the laws of the people who live in America. Including those who support open borders for immigrants, all of us respectfully urge you in everything of your authority to diminish the panic of millions of people in our country who live everyday in America to live freely and have the rights of justice in America. As of 2013, the Obama administration had removed nearly 2 million immigrants, the highest number under any president (Rogers 1). Removing that amount of immigrants is just wrong, Obama may have done it to remove the criminals, but there is no way that there were 2 million immigrant scandals were present in America at that time.

If the laws do change to limit immigration, families would be separated and people who are close friends with those are now gone, and mournful now that their trusted friends are now gone due to the limit of immigration. People should be more understanding to immigrants and that immigrants are only migrating to America to live a better life. Right now, targeting for all Mexicans is wrong, and I understand that we’re trying to remove the bad but then there are also the innocent.

People think that immigrants are awful or just wanting to steal jobs but in reality, they just want to be safe and to obtain a job to afford and provide for their family. Not all immigrants are bad, in fact, there are only 3.5 percent of illegal immigrants (May 1). That basically means that a huge majority of immigrants are good. Get rid of the bad, criminals, and now America can be a better country.

Another reason for why I support immigration is because we want to show that our country is made up of many unique kinds of people, spreading culture, and to represent different ways of living. Immigrants can support America too! 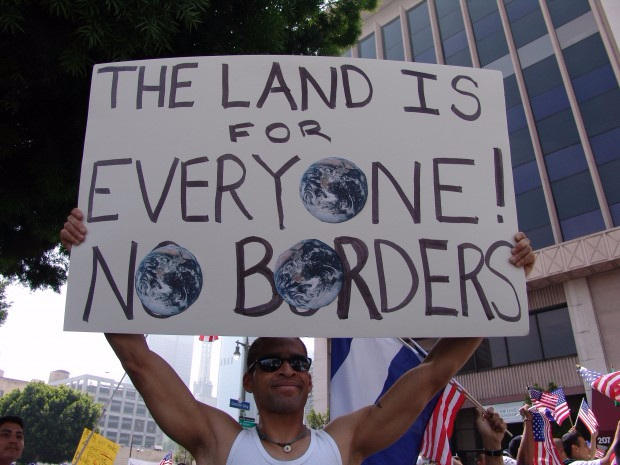 human rights equality immigration
Published on Nov 4, 2016
Report a problem... When should you flag content? If the user is making personal attacks, using profanity or harassing someone, please flag this content as inappropriate. We encourage different opinions, respectfully presented, as an exercise in free speech.
Colorado STEM Academy

Trump and the Wall Situation

A letter for Donald J. Trump. If you're not Trump, do not read this letter. (unless you just wanted to know.)

Dear President, everyone has a situation in their life. But when homelessness comes in, it can be very serious. Over a million people are homeless ...

Letter to the pres

I think that you should pay more attention to the people.

On average, it takes 21 years to pay off student loans.

Every year we hear about incidents with guns, such as shootings. We need more gun control.

To truly be a free country we should stop increasing our torture on criminals and terrorists but instead find a better solution.

Dear president, Abortion is one of those things many people don't like talking about, but sadly it's a big issue. Abortions are a matter of ...

Persuasive letter to the next president advocating immigration.