When you step into office you will be in charge of resolving many of America’s issues. Please be sure to consider police brutality as a major problem in that needs to be resolved. We need to restore trust between the law enforcement and civilians to continue moving forward.

Police brutality is use of force exceeding lawful police purposes. Just last year, over 920 people were killed by law enforcement officers in America, while 42 law enforcement officers were killed. A quarter of those killed were unarmed. However, blacks and Native Americans are twice as likely to get killed by police than any other group of people.

Excessive force is the most common type of officer misconduct. It makes up 23% of the misconduct reports filed. Citizens are eight times more likely to be killed by a law enforcement officer than a terrorist. A poll was taken by the the U.S Department of Justice shows that 84% of officers have at least once witnessed more force than necessary being used against a civilian. Although, 61% of those who witness excessive force don’t report abuse by fellow officers. Surprisingly, 43% of officers said that following rules doesn’t always get the job done. Of all the police brutality cases presented to our courts, only 3% of them resulted in an officer being charged with a crime.

We want those who protect us to abide by the rules that have been established for both them and us to ensure everyone’s safety. I hope that you are able to restore trust between police officers and our communities. 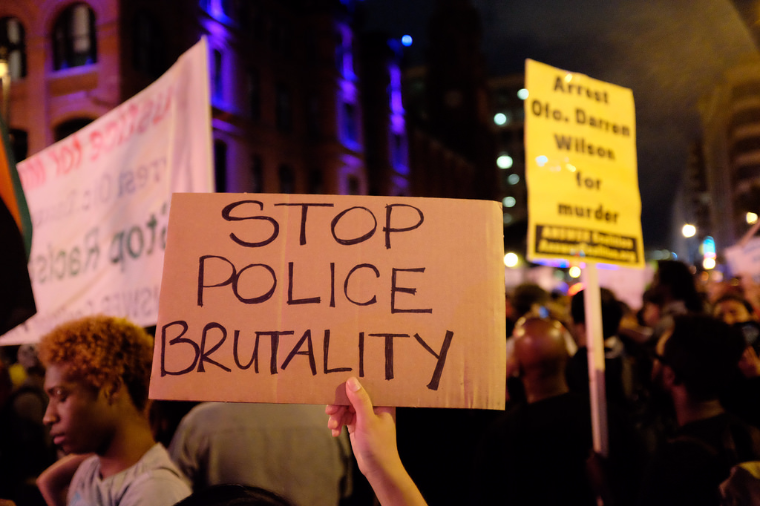 police brutality violence black lives matter blue lives matter
Published on Nov 7, 2016
Report a problem... When should you flag content? If the user is making personal attacks, using profanity or harassing someone, please flag this content as inappropriate. We encourage different opinions, respectfully presented, as an exercise in free speech.
St. James the Greater School

Marijuana should be legalized for medical use because of it's many uses to treat physical and mental illnesses.

This is my view on immigration and what I think should be done in order to keep it under control.

Many immigrants are refugees trying to escape a corrupt government to a place of safety and freedom.

The organization Black Lives Matter has too much power to destroy lives based on opinions and not evidence.