I applaud you on your success of holding the highest office in the world. You are now the leader of this free world and many generations are counting on you to make a difference. Politics aside, the function and happiness of all people is most important to citizens. You are the representative of not just Democrats or Republicans but all Americans. I cannot wait to see you lead our country for the next four or even eight years.

One great issue that concerns myself and many others is the K-12 education system. Students in the United States have been performing at lower levels compared to students in other countries such as China. Underperforming students will eventually lead to underperforming workers. The United States government spends more money per child compared to other countries and yet students underperform on standardized tests that compare countries. According to BBC News, United States ranked 24th in reading and 36th in math. This is below countries such as Singapore, Japan, Finland, Canada and Poland. The fundamental question is how come our students are not preforming at the same level as other students from developed countries?

Although the education system can be controversial at times, there have been many efforts to reform it. President George W. Bush was the guy behind the No Child Left Behind Act. No Child Left Behind gave states funding to improve resources available to lower class children. In order for states to receive funding they had to set standards for students to achieve. They had to test students in math and reading and release this information to the public. Often times race, income, disability and language proficiency would be factors in a students testing, so this type of information was also released. After President George W. Bush’s presidency came to an end, NCLB got left behind in the last century. Years later, President Obama created a system where students would be tested in math and reading using the Common Core curriculum. This means the United States government is controlling the education of all students K-12 which is unconstitutional. Due to the fact that the the federal government controls the education of all students, states and districts don't have the power to choose what their students learn. Schools are bound to teaching for the test as they will lose funding if their students are not performing at grade level. This creates stress for students, teachers and administrators.

It is evident that many past presidents have attempted to fix the corrupt K-12 education system, but nothing has been completely successful. I believe you will be the president who breaks that cycle. There needs to be legislation that keeps schools on track and performing on grade level, but gives them flexibility and the option to make choices for themselves. I thank you for your determination in making this country even better for all citizens.

American Schools vs. the World: Expensive, Unequal, Bad at Math:

7 Major Differences Between No Child Left Behind and Common Core/ Race to the Top:

What is the “No Child Left Behind” Law?: 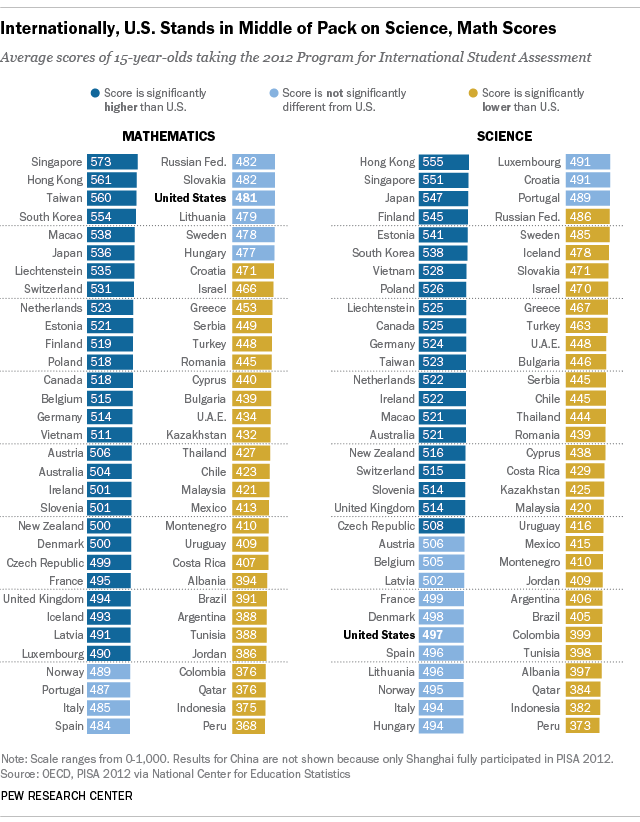 education children's rights school grading american issues
Published on Oct 4, 2016
Report a problem... When should you flag content? If the user is making personal attacks, using profanity or harassing someone, please flag this content as inappropriate. We encourage different opinions, respectfully presented, as an exercise in free speech.
Pattonville High School

Immigration In The United States

I think immigration in the United States is not a good thing right now, because our people need to be cared for first.

Our rights to the 2nd Amendment

I believe the 2nd Amendment is a very important topic. My right to own a weapon is something that is important to me. It is a hobby that I enjoy an...

Are minimum wage in the country is not the best at $7.25. We need to change this.