I think that we should stop racism because it’s not fair to people that are being treated poorly just because of their skin color. I fear that if racism does not end soon, it could potentially put the future for the U.S. in jeopardy of having a lack of education for blacks. People in the U.S. have been making fun of black people .I think the president could tell the people to stop being racist and they can make an organization to help stop racism.

Schools have kids that sometimes bully kids because of their skin color which is not right. I fear that if racism does not end soon, it could really destroy kids confidence in school and it would leave them severely damaged. It matters because people need to be treated equally. Secondly, black people might not sometimes have the same rights as white people. Some people might not be allowed to do things because of their skin color. I think that black people should have the same rights as white people.

While racism isn't as big of a problem as in the past, I think we should still improve on this situation just for the future. In the future kids could be bullied for their skin color which could interfere with their learning and their life. It matters because black people’s lives could be interfered and they would not be able learn stuff and have a good education. I think that we still need to work on stopping racism because it’s not fair for the black people or any colored person.

I think the president should help kids with their problems. If other kids are being bullyied,  the president could help them keep their hopes up and to not give up. I think that this connects with Peace and Justice: Strong Institutions. I think it connects to my topic because I don’t think it’s fair that black people are being discriminated just because of their different color. I think that the US can support them by helping them protect the people instead of not letting them kill the citizens. I think it’s the president's priority; it’s their job to take care of the citizens and to stop racism. 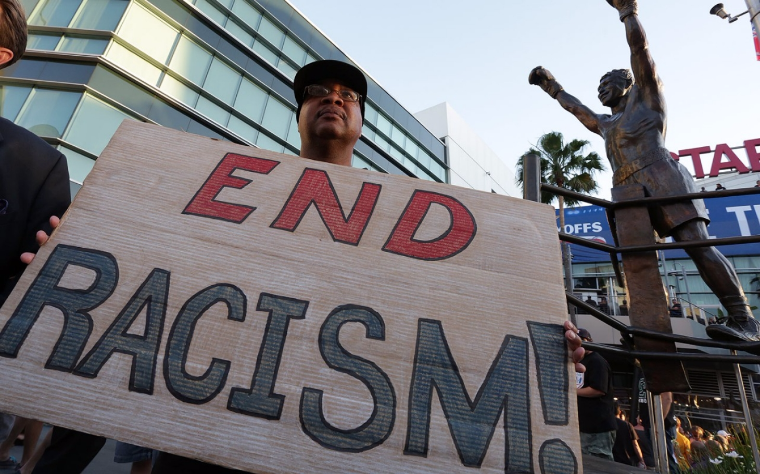 racism
Published on Nov 23, 2016
Report a problem... When should you flag content? If the user is making personal attacks, using profanity or harassing someone, please flag this content as inappropriate. We encourage different opinions, respectfully presented, as an exercise in free speech.
Chaska Middle School East

Dress codes are unfair, sexist and racist. They make girls feel inferior to male students, and promote the idea of women changing to please the wor...

Animal testing is a terrible act and must stop.

Racism is ruining the feeling of equality in the USA.

Hate toward Trump is unnecessary

The riots against President elect Donald J. Trump are completely unnecessary. But, if they are so unnecessary, then why are they so big right now?

A short video about Racism