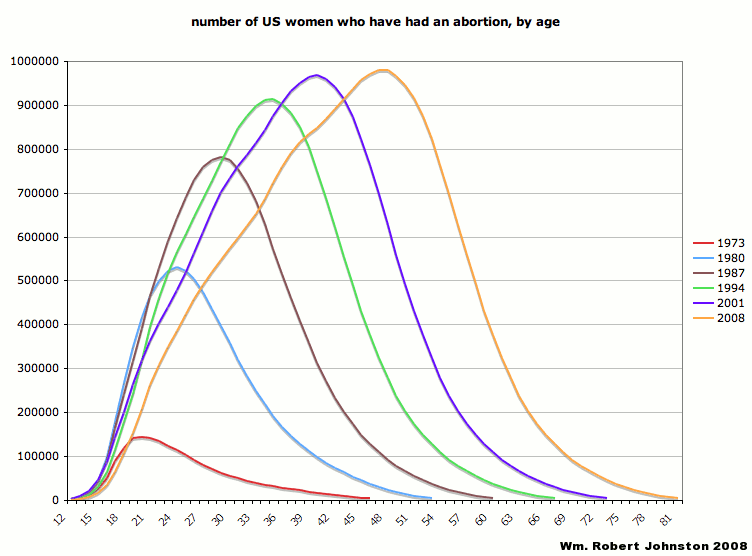 This image proves how many children actually are killed from abortion.

I believe that abortion is a very bad thing to do and people are saying it should be legal to do it whenever which I believe shouldn't be legal. “More than a decade ago, a Supreme Court decision literally wiped off the books of fifty states statutes protecting the rights of unborn children. Abortion on demand now takes the lives of up to 1.5 million unborn children a year. Human life legislation ending this tragedy will someday pass the Congress, and you and I must never rest until it does. Unless and until it can be proven that the unborn child is not a living entity, then its right to life, liberty, and the pursuit of happiness must be protected.” ― Ronald Reagan

This is currently allowed in all 50 states. People who are affected by it, first, are the most helpless and vulnerable of all which is the unborn child. Secondly, the mothers who carry the unborn child and choose to have abortion. Last the fathers who have been legally left out of the entire equation. I believe abortion should be a priority of our future president because life, liberty, and justice are offered for all in America, yet we know that abortion denies those rights to the unborn child.

My first point to prove my statement is that an unborn child is a human being before 9 months, and abortion is violating every single human right. ¨Today, due to advancements in technology and science, there is no doubt that from the moment of conception, or fertilization, a whole, distinct and living human being comes into existence. All of the genetic material of this new human is present, and the only things that make him or her different from you and me are size, level of development, environment and degree of dependency¨ (Puncher, 1). This matters because given that these brand-new individuals are, at the most basic level, members of the human family, why do we deny them the most basic human right, the right to life? In the past few decades, one reason abortion was justified was because of a fuzzy understanding of fetal science – the humanity of the pre-born child was still up for debate, because the technology that could confirm the humanity of the fetuses did not exist as it exists today.

My second point is shouldn't the father of the unborn have a say on abortion? I say they should have a say in abortion and here is my evidence: “A man who shares in the act of conceiving a new life has a responsibility to care for and raise that child. When he abandons the mother and his pre-born baby, whether passively supporting an abortion or actively insisting on it, that father sins and casts off his God-given role.¨ This matters because to put the responsibility of life or death of a human fetus in the hands of the mother alone, denies that the father has any responsibility to the mother or the fetus before it's born. This creates men who want to have sexual relationships without the responsibility that comes with this sacred act.

To resolve this issue the president and government need to pass out a law saying that abortion should be criminalized. Abortion is related to Global Goal #16 which is peace and justice because this has to do with changing the law and making peace in our world. This issue could help the UN's initiative because they should gather together and make one big law for the United Nations saying abortion is illegal. This issue should be one of our presidents first priorities because millions of unborn children are being killed per year.

abortion
Published on Nov 8, 2016
Report a problem... When should you flag content? If the user is making personal attacks, using profanity or harassing someone, please flag this content as inappropriate. We encourage different opinions, respectfully presented, as an exercise in free speech.
Chaska Middle School East

My letter is about how we need to stop our country from going into deeper debt by only paying for social security for the people that need it and t...

Dear future president, I think we should limit the number of immigrants that come into the country even though that is basically how our country wa...

Hospital costs in the United States need to be lowered.

Dear future president, there are many issues that need to addressed, and I believe one main issue that needs to be dealt with first is abortion.