The price of organic food is very high and it hard for people with lower incomes to buy it. They are forced to eat less healthy food which is a contributing factor to obesity in the US. Also pesticides used in producing crops are a huge contributing factor to the destruction of the environment. “The United States spends about $12 billion on pesticides alone, which entails just how much is used.” (Charisma p.1) Which is a major factor in climate control and sustainability. “Organic foods cost on average 47% more than regular food, steering the consumer market away from it.” (Charisma p.1) The entire US is mostly consuming foods that contain pesticides and other unhealthy things used while producing food. I believe we should fund research to help create organic food more efficiently so there’s enough to supply our entire nation.

Non-Organic food is created using pesticides and other harmful chemicals, damaging our ecosystems and contributing to the diminishing of the biodiversity we have on Earth. I believe we should lower the price of producing organic food so it’s available for everybody in the US. “93% of Americans tested by the CDC had metabolites of chlorpyrifos — a neurotoxic insecticide” (CDC p.1) When we consume toxic chemicals everyday it slowly destroys our body and is a leading cause of our nation's health problem. Another reason we should lower the price of organic food is because it doesn’t hurt the environment as much to produce. “Synthetic fertilizer drifting downstream is the main culprit for dead zones in delicate ocean environments, such as the Gulf of Mexico, where its dead zone is now larger than 22,000 square kilometers, an area larger than New Jersey.” (CDC p.1) As we damage the Earth more and more the entire ecosystems can fail creating huge dead zones limiting the resources we have. That’s why I believe we should fund research to find more efficient ways to organic farm.

To save the planet we need to switch to organic farming in the US by creating more efficient methods of farming organically. This fits into the global goal of Sustainable cities and communities because we need to quickly start becoming more renewable and stop damaging our planet before it’s too late. I think that we need to focus on being more sustainable because when we use pesticides we are damaging our Earth and soon it may be too late. 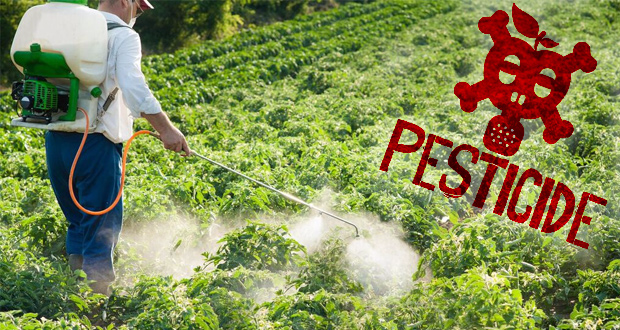 This show’s my point because you can see the amount of pesticides being used and how they are harmful to humans.

lower class farming agriculture sustainability food
Published on Nov 9, 2016
Report a problem... When should you flag content? If the user is making personal attacks, using profanity or harassing someone, please flag this content as inappropriate. We encourage different opinions, respectfully presented, as an exercise in free speech.
Chaska Middle School East

I hope that these thing racial discrimination, gun control, abortion can all be fixed in the next fue years

A Higher Education for America

Many people in the middle and lower class are unable to afford a higher education. Please help more US citizens get the education they deserve.

GMOs and the harm of Ignorance

The quality of our food may not come to mind often, but it's something that we should be concerned about. Foodborne illnesses like E. Coli and List...