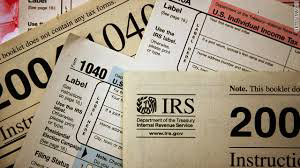 Year after year candidates have debated issues regarding taxes. Who pays and how much, are both questions to address. The American people are responsible for a countless number of different taxes. Some of these taxes include, income tax, payroll tax (Medicare and Social Security), estate and gift taxes, excise and custom duties, as well as investors’ share of corporate taxes (Cohen). The idea of raising the taxes on the wealthy is extremely popular in today’s campaign. There are two strong opinions regarding this issue. Republicans strongly believe taxes on the rich should be cut and democrats continue to push for the wealthy to pay their "fair share." I will proceed to explore both opinions in this letter.

Today it is a popular idea that raising taxes on the rich will solve inequality. Researchers admit, “Taxing the rich might help pay for government programs or aid the poor but it is important to realize that it wouldn’t do much to change inequality” (Long). Opinions on this issue greatly vary and every candidate has a different strategy, “many candidates proposed to eliminate the ‘carried interest loophole’ that allows many hedge fund managers to tax their investment income at a lower tax rate” (Long). A hedge fund is “a limited partnership of investors that uses high risk methods, such as investing with borrowed money, in hopes of realizing large capital gains” (Google). Eliminating these “loopholes” would force citizens, like the hedge fund managers, to pay their “fair share” in taxes. Researchers have found that, “when we actually look at the numbers –yes, the real data- about our tax system, 'the rich' are paying more than their fair share” (Novak). The difference between the opinions of republicans and democrats on this topic is polar opposite. Each party has valid data to support their side of the argument.

From the democratic view, many feel the government should provide free college, forgive all current student loan debt and mandate a $15.00 minimum wage for workers on college campuses. Therefore, they believe we need to raise taxes on the top 1% (Novak). One common opinion is, "nearly one-third of Democrat voters believe the fix to our country’s problems is more free stuff that ‘the rich’ will pay for” (Novak). Although, “the top one percent currently pays an average of roughly a third of their incomes to the federal government” (Cohen), democrats believe this is not enough. This top one percent includes, "about 1.13 million households earning an average income of $2.1 million” (Cohen). From this small portion, raising taxes could raise large amounts of revenue for the federal government. Today the bottom 80% of Americans own 11% of the nations wealth (Fact). America’s top income tax rate has been as high as 91% in the 1950s and 60s, currently it is 29.6% (Long). Researchers believe raising the tax will result in a ‘trivial effect,’ due to the fact that “a big part of the problem is that the richest Americans have already accumulated so much wealth” (Long). To solve this problem, “some have proposed to increase the inheritance tax because many believe much of the wealth is being passed from one generation to the next” (Long).

Joseph E. Stiglitz, economist and winner of the Nobel Peace Prize in economic science says, “it is absurd to argue that most wealth at the top is already highly taxed or that there isn’t much more revenue to be had by raising taxes on the one percent. The only upside of the concentration of the wealth at the top is that they have more money to pay in taxes.” Democrats believe tax increases could potentially solve the problem of government borrowing, “raising the tax 40% would generate about $157 billion in revenue the first year, this top one percent would still take home at least $1 million a year” (Cohen). Putting a cap on tax deductions at 28% for the wealthy would raise $500 billion over ten years (Fact). Republicans argue, “even if the government taxed the top one percent at the rate 100% we would not have enough money to pay for Medicare for three years” (Novak). Liberals will say, federal taxes on investment income are lower than the taxes Americans pay on salary and wage income (Fact). Economist, Thomas Piketty, believes lowering the income tax could possibly create greater inequality (Cohen).

In my opinion, income does not translate to equality. The democratic idea that for the poor to get richer the rich need to get poorer is incomprehensible. More government regulation will not create prosperity for Americans. I believe the ‘American Dream’ is something that we are all fighting for. In my eyes it is created from hard work. To clarify, the dream is not being well off but better off. We need innovation and hard work to reach our dreams not more government rules and regulations.

income inequality Taxes american dream equality
Published on Oct 18, 2016
Report a problem... When should you flag content? If the user is making personal attacks, using profanity or harassing someone, please flag this content as inappropriate. We encourage different opinions, respectfully presented, as an exercise in free speech.
Benilde-St. Margaret's School

Do not raise minimum wage

Why certain electives should be required in high school

My letter will emphasize the issue of how gas prices are to high and that we need them to be lowered.

You should be concerned about the act of equality for women and men.