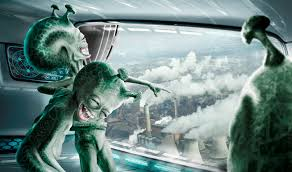 How much does this precious Earth mean to the future for the next generation and beyond? As a human civilization we got to look towards the future to live in the next 100 years, mother Earth is sick with pollution and over time with disease ,Earth is dying. We live in a world full of harmful chemicals and technology is completely useless if it doesn’t benefit the Earth, as humans we don’t need to focus on war; we need to focus on peace to unite as humans to go beyond the universe. The air we breathe both indoor and outdoor such as pollutants such as (O3) increasing (CO2) levels also promote the growth of plants the release the growth of plants the release airborne allergens , increase the level negatively human respiratory and cardiovascular systems.From my concerns the reason i picked this topic specifically is because this matters in all aspects in the timeline this affects everything from what we eat and from what we see it goes universal, NASA don’t got nothing in space travel etc ;China is catching up at a very rapid pace with technological features.Former NASA administrator Mike Griffin mentioned recently that US consumers spend more on pizza ($27 billion) than NASA’s budget. My position upon this universe is to advance like the pyramids all over the world to go beyond our expectations in this infinite universe and to help the Earth before it’s too late. I am known, what this society labeled me as an indigo child: i'm more than what the world expects, to advance beyond the stars and the milky ways like my ancient ancestors who possesed incredible knowledge of the universe.

Failure of climate change mitigation and adaptation seen likely to have the spread of weapons of mass destruction, water crisis, mass involuntary migration and a severe energy price shock. As a human we got to surpass this destruction of stupidity, once Albert Einstein said “ Two things are infinite.The universe and human stupidity ...and i’m not so sure about the universe.”During the past 40 years, close to 20 percent of the Amazon rain-forest has been cut down—all because of money , we live in a world with laws that take are rights as we are born in a free world with natural laws. 16,928 animals are listed as threatened with extinction A lot of human activity is speeding that up since we tend to overpower all the other species in one way or another.

Some reasons why animals are being wiped out ,in the forests are: The hunting of exotic species for the consumer market only about 10% of the animals caught survive The hunting of animals for food by settlers Forrest fires ,that have started because of slash and burning of forest ,to clear the land for farming, had gotten out of control The loss of Habitat because the conditions have changed ,e.g less humidity because of surrounding farmlands ,or over-pumping of rivers for human use(farming and utility) Because of contamination of the waters.We as humans are free in this world to advance to the stars but instead of moving towards the planets and the infinite universe with organic compounds. We are doing everything wrong, space travel, trade, education,building structure, poverty, etc… we are still stuck in this Earth locked in our own cage ; if you look at the statistics we been in this Earth for 3% ,Civilization as we know it is only about 6,000 years old, and industrialization started in the earnest only in the 1800s which developed in to slow destruction because of war, corruption ,pollution, etc...we still haven’t discovered 100% of Earth and all specifically actions that are harming humans and the Earth, that we don’t even know about.

Ask yourself how did we get in this point of history when everything is rigged, when people go outside and there's war on the streets, when our own Earth is failing in many specific areas like natural disaster, when people are starving, when their is no hope, when everything is corrupt for regions in the world? Instead of helping all people to advance to give than to receive, instead of dividing and living a world of religion hatred. Ice is melting which means rise of sea levels and unpredictable shifts in the world. There is more (CO2) in the atmosphere today than at any point in the past 800,000 years and the U.S produces 25 percent of the (CO2) pollution from fossil fuel burning. Why does the 1% have possessed 40% when their are 13.1 million children under 18 in the United States live in households where they are unable to consistently access enough nutritious food and that’s not all the problems in the U.S.; in California we pay $62,300 for the prisons and we also pay for $9,100 for terrible education just being honest. The nation’s richest 1% in the United States now own more additional income than the bottom 90% is that the American dream we want, how is that possible when there's households barely able to afford rent. I understand we want people to suffer to have an economy for every diverse category, we can do way better than that because those people who suffer end up being more sinful and poverty is growing twice faster in suburbs as global warming is increasing Earth’s average surface temperature due to greenhouses as people burn fossil foil. Aerosols goes into the atmosphere and have a measurable effect on climate change.Aerosols can modify how much energy clouds reflect and they can change atmospheric patterns.Fossil fuels will produce a 3 percent reduction in the density of Earth's outermost atmosphere by 2017 said by scientist who had been studying for years. Paradox is when the atmosphere thins with height , Earth’s surface , carbon dioxide absorbs radiation escaping Earth, but before the gas molecules can radiate the energy to space, frequent collisions with other molecules in the dense lower atmosphere force the carbon dioxide to release energy as heat, thus warming the air.

climate change environment global warming
Published on Nov 10, 2016
Report a problem... When should you flag content? If the user is making personal attacks, using profanity or harassing someone, please flag this content as inappropriate. We encourage different opinions, respectfully presented, as an exercise in free speech.
East Village High School

Racism in Our Nation

This is my letter regarding the issue of racism in our country.

Sexual abuse has to come to an end.

This letter is about sexual abusers on how it make us feel and how it also makes females feel ,not safe anywhere and that it should be stopped.

This letter will simply give suggestions about how our society can become a safer environment.

people who recycle help the environment to become cleaner.

This letter is about water pollution. Water pollution is a big deal. The fish could eat the garbage and die. We need to help.