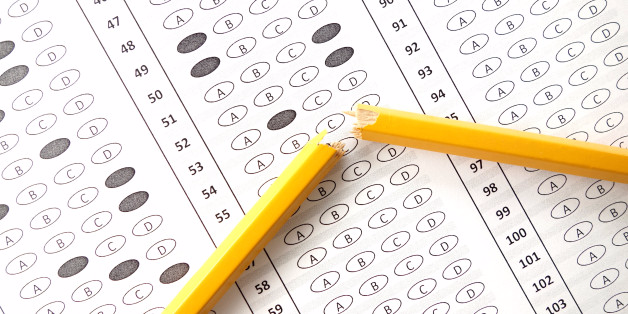 There is a major issue with the education system in America today. Many students and educators agree that Standardized Testing has dramatically increased in schools over the last decade. With the implementation of No Child Left Behind (NCLB) in 2002. It added much more required testing in schools, and more class time was dedicated to preparing students for these tests. There is more stress put on kids to perform highly on this test, as well as more pressure put on teachers to prepare their students for the tests. The problem is all of this extra testing has done nothing to improve students performance in schools.

There is so much pressure on schools to perform well on tests and assessments that they dedicate much more class time to preparing students for all of the tests. In a study done by the New York Times, they found that students spend an average of almost 16 every school year testing, and 8th graders spend an average of 24 hours testing during the school year. On top of that, there is a large amount of extra class time dedicated to the tests. On average, for each hour of testing there are 3 hours of preparation. We do all of this testing, all of this preparation, and it still hasn’t paid off.

According to procon.org, a non-bias website that compares the pros and cons of a topic, none of our test scores have gone up. In math and science testing, America’s rating in first world countries has gone down 15 places since 2000. That happened after all of the extra testing and testing. The only rating that America didn’t decrease in was reading, which kept at 18 of 33 in the world. The extra tests have done nothing but waste class time. The worst part is that there are still people who argue that tests are beneficial to students and teachers across the country.

Their main argument is that it truly shows how proficient a student is a certain subject. If a student has a teacher that makes the class too easy or too hard, then a student's grades don’t match up with their true ability. The problem is that it can take up to a year to get results from a standardized test, so no help can be given to the student before that. On top of that, the way many standardized tests are graded is very flawed. Test graders are often underpaid and overworked, being forced to grade up to 30 tests an hour. For multiple choice tests, this works out well because there is one definitive answer for each question. For extended response questions, being forced to rush the grading means that test graders might not be able to give out the proper corrections to the problem.

With this letter, I’m not saying we need to remove standardized tests all together. When executed correctly, they do provide information that schools can use to improve their teaching practices. To improve how we use standardized testing, we need to lessen the number of tests given to students. We also need to improve the quality of tests we decide to keep so they can better show the improvement of students education. Lastly, we need to improve who grades the tests so that they truly do a good job with the grading.

education
Published on Nov 8, 2016
Report a problem... When should you flag content? If the user is making personal attacks, using profanity or harassing someone, please flag this content as inappropriate. We encourage different opinions, respectfully presented, as an exercise in free speech.
Avondale High School

Major companies use sweatshops, including American companies, and many people are affected by them. Although they provide jobs, the conditions are ...

As a fellow Middle Eastern I can’t bare to see my parents home be torn away piece by piece and I can't imagine what it would be like to live in a p...

There are many young drivers out there that should not have there license, but do because of the extremely easy drivers' road test. I believe that ...

Taxes On the Middle class; What they can cause, and how to prevent it.

The cost of college tuition a main political issue that will impact me the most in the near future. College tuition rates are higher than ever and ...

Racism is becoming a problem in today's world. Racism itself persists in our schools,offices,court systems,police departments, and else where. Per...

Why We Must Get rid of Standardized Testing

Why I think schools should have later start times