Any and everything dealing with the LGBT+ community is most concerning to me. Yes I am aware of the law legalizing same sex marriage. I’ve also been told that 2015-2016 is the year of the gays but I don’t really believe that. Homophobes believe us of the LGBT+ community are satan worshipers or whatever but we aren’t. They also like to believe that we have some mental disorder. They do not know who we are.

8% of the high school population or roughly 1.3 million students are a part of the LGBT+ community. 6.4% heterosexual students and 29.4% gay, lesbian and bisexual students have committed suicide due to being bullied. (New York Times magazine: High Risk Jenna Wortham)

In 2015 one of my closest friends killed herself due to bullying. She was bullied for about two years for being transgender. She transitioned from male to female. There were many times where she would get physically abused by other males. And for what? She was just being herself. She no longer felt safe at home either. She was also physically abused by her father. Her parents always said it was just a phase, her wanting to be a girl. They made her go to a therapist for a while once they found out she was self-harming. They didn’t understand why she did it. She should’ve been able to be herself.

The LGBT+ community deserves to feel safe. We are just as much a person as anyone else.

It’s hard for a lot of people to come out. Social media such as Tumblr has helped teens understand their sexuality. Tumblr is also a place where people can be honest without being judged. Society should be accepting like that.

This may be something you decide to not take on because it might seem like an impossible task which I completely understand. But something needs to be done. Please take this task into consideration. Helping us would mean the world. 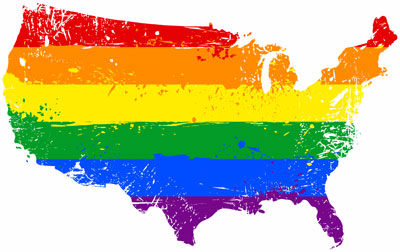 lgbtq rights transgender
Published on Nov 9, 2016
Report a problem... When should you flag content? If the user is making personal attacks, using profanity or harassing someone, please flag this content as inappropriate. We encourage different opinions, respectfully presented, as an exercise in free speech.
East Village High School

This is my letter on the issue of Climate Change

This is my letter on this issue of discrimination against the LGBTq community.

Why Hispanic people need to work in risking areas with bad conditions?

I think that gay marriage should continue to be legal.

Discrimination is a huge problem that needs to be addressed. With the help of the government, discrimination could end.