Black Lives Matter started off just as a hashtag but grew into our cries, a movement in the wake of the deaths of African-Americans. Some would say that it all began with the killing of Trayvon Martin on February 26,2012, but that was not the beginning. The killings of black men has been happening throughout our country’s history and we have now awoken to see what's going on around us. The first case “of police brutality” that I learned of was Los Angeles riots in 1992 after Rodney King was pulled out of his car and beaten by officers. On the third day of riots Rodney King made a famous plea: "People, I just want to say, can't we all get along? Can't we all get along?" For us this is not just protest and rallies- this is a way of life until the killings of unarmed black men end. We will demand change and until it happens, we won't stop.

As a young African-American woman, who's to say I will not be next or my family to get killed? “U.S. police have killed at least 194 black people in 2016, according to a project by The Guardian that tracks police killings in America”(“ Here's How Many Black People Have Been Killed By Police This Year.”www.huffingtonpost.com ) We are supposed to have “Justice for All,” but what about Trayvon Martin 17, Sandra Bland 28, Michael Brown 18, Diana Showman 19, Miguel Benton 19, Eric Garner 43, and the list goes on and on? Overall, blacks are killed by cops more often than not. For those who say #AllLivesMatter,yes they do, but unfortunately for us as a society, it is black lives in particular that are being ended early without a cause. All Lives Matter, but I just wish the country would start acting like it. It’s hard to say this, but being black in America is not safe.

Ignorant people claim that the Black Lives Matter movement is a “threat”, but this movement supports anti-violence. It’s just a call to end violence against unarmed blackmen, women, and children. Growing up in San Diego, I have seen first hand how differently black people are treated by law enforcement, cruising through the streets attempting to make the community fear their authority. This tension between the community members and police is brought on by the cops themselves, which makes me wonder why people do not understand the fact that the majority of Blacks in this country don’t think fondly of the cops. I’m not asking you to have pity on black people or even sympathize with the families of these victims, because I understand that the American government couldn't care less about black lives. However, if your administration were able to set up a plan where the police would be punished for their actions, a legacy would be immortalized by demonstrating that you are listening to our voice. You can establish your legacy as the President that actually united America.

Blue lives matter. Some people will say that the police were scared or endanger, but there are many other ways to have warned the people they have killed (Rubber bullets and/or a Taser.) And the blue lives matter act is just a direct slap in the face to communities struggling against police brutality.They also want the public to believe that there are Blue Lives.That they Matter. And that they need protecting. Nothing could be further from the truth.Police are not people.Blue is not an identity. Blue is a position. It is a paid government position that is filled by employees with medical and dental benefits. The police is a profession – they are not people.

All lives matter but not “All lives” are being ended by the police. "When we say black lives matter, we are not saying no one else matters. We are saying right now we need us [black people] to keep surviving to help you guys [non-blacks] understand what we are trying to say," said Dennis Rodriguez, a Black Lives Matter supporter. I think there's a huge misunderstanding with this movement. Many think when we’re saying Black Lives Matter, that we’re saying black lives are the only lives that matter. However, that is not the case. We're only highlighting all the innocent black lives being lost daily by our own law enforcement while those of other races don't suffer as much. Black lives matter, too . So for those that are protesting against the movement and saying that All Lives Matter, it's true that those lives matter, however the black ones are the ones that need the attention and affection shown towards them right now the most. As a young african american woman I do believe that these families need justice.A lot of people would say that no parent should have to experience the death of their child because the parents are supposed to leave this earth before their child.

As long as we keep doing these protesting and marching, they don't understand that the only thing they understand is gunpower and you can interpret that anyway you like. Next president hear what I have written and give justice for all and until then please don't ask us black people not to be enraged when we are getting killed.

Jamie B. ( a girl looking for change) 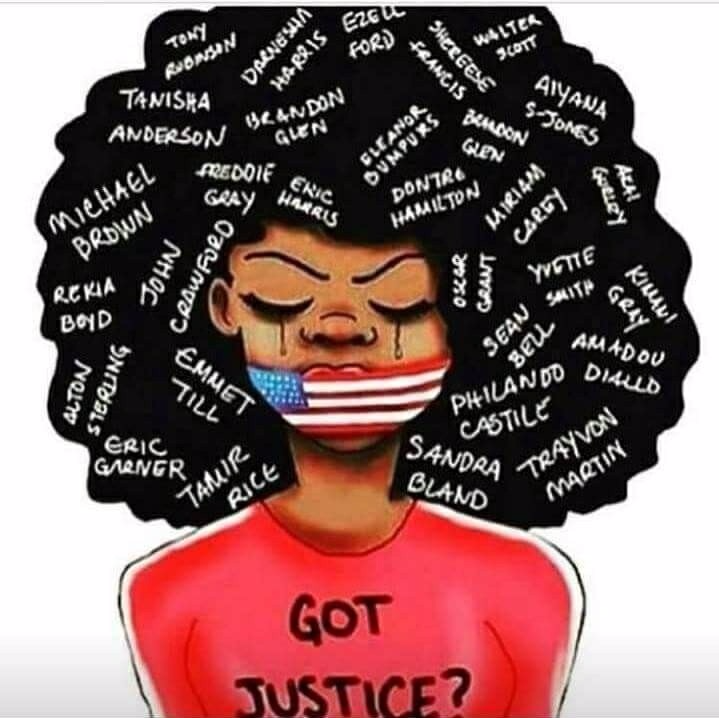 police brutality equality black lives matter
Published on Nov 9, 2016
Report a problem... When should you flag content? If the user is making personal attacks, using profanity or harassing someone, please flag this content as inappropriate. We encourage different opinions, respectfully presented, as an exercise in free speech.
East Village High School

This is my letter on the issue of Climate Change

This is my letter about my thoughts and experiences with this issue.

Robert Lopez Letter to the president

Racial segregation is ruining our country